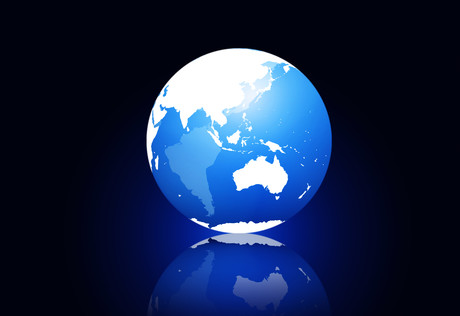 An Australian innovation is now influencing the way in which satellite data can be used.

The Geoscience Data Cube won the 2016 Content Platform of the Year category at the Geospatial World Leadership Awards.

The award recognises how the Data Cube is helping Australia and other countries to capitalise on the billions of dollars invested in launching and operating Earth observation satellites.

"The volume and diversity of satellite and other Earth observation data has increased exponentially over the last 30 to 40 years, and until recently this presented significant technical barriers to realising its full potential," said Dr Stuart Minchin, chief of Geoscience Australia's Environmental Geoscience Division.

"The Data Cube is an innovative approach to organising and analysing this data, making it quicker and easier to provide information to decision-makers in fields such as agriculture, natural resource management and community safety."

The Data Cube was intentionally developed using open source technology and freely available data, to make it possible for other governments to easily adapt and implement their own versions of the technology.

One key innovation of the Data Cube is its sophisticated geospatial cataloguing system to manage and analyse the large volumes of satellite imagery and other gridded geospatial datasets covering the Australian continent. The system is run on the NCI, which is built on infrastructure funded by the National Collaborative Research Infrastructure Strategy.

"An example of the type of analysis possible is the Water Observations from Space product, the world's first continent-scale map of surface water derived from Landsat satellite imagery. Another example is the recently developed Intertidal Extent Model, which uses satellite imagery to model the extent and elevation profile of Australia's extensive intertidal zone," said Minchin.

The Data Cube consortium is now actively working to build a global community that further develops the open source codebase as a resource for the benefit of the broader international community. Through partnerships with the international Committee on Earth Observation Satellites (CEOS), the technology has already been adapted and is being implemented in Cameroon, Columbia and Kenya. This will provide valuable insight into key issues, such as water resource management, and could in turn help to address the UN sustainable development goals.

"The Data Cube is a catalyst for the Australia's spatial applications industry. It provides small businesses with access to stable and standardised data from which they can innovate to produce new products and services for both domestic and international markets," said Dr Dave Williams, CSIRO's executive director of Digital, National Facilities and Collections.

"Before Data Cube, satellite imagery and other gridded geospatial datasets were downloaded, analysed and provided to users on a customised basis — an inefficient and time-consuming process.

"Data Cube creates a whole range of opportunities within Australia for example; products and applications that can improve agricultural productivity, provide more efficient tools for environmental accounting and monitoring at mine sites."

The Data Cube was developed by Geoscience Australia in partnership with the CSIRO and the National Computational Infrastructure (NCI) at the Australian National University.