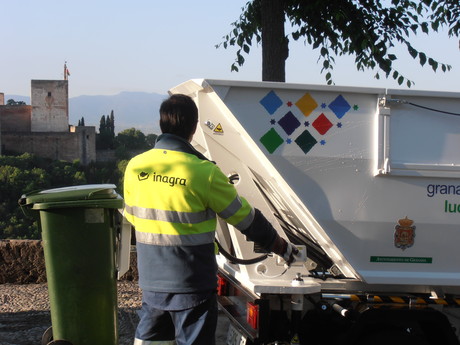 According to analyst IDC, spending on smart city technology is expected to reach US$135 billion by 2021.

However, smart cities is not all about tech.

Two global megatrends — urbanisation and digitisation — are transforming cities around the world. By 2050, two-thirds of the world’s population will live in cities. Population growth presents new challenges and exacerbates existing ones, like traffic congestion, pollution, energy consumption, circular economy and safety.

Enter the Internet of Things, which can enhance the delivery of everything from street and traffic lighting to garbage collection and crime prevention. Fifty billion IoT-connected devices are expected to be online by 2020.

Saunders said many cities around the world are already running “exciting tests, trials, pilots and proofs of concept” using IoT technologies, and the time has come to scale and replicate deployment.

But without the involvement of citizens, smart cities won’t take off, Saunders believes. It would be futile to install smart bins if people toss their rubbish on the street, for instance.

“Listening to people is central to smart city success,” he said.

Ferrovial’s Citizéntrica project, implemented in the district of Chamberí in Madrid, offers solutions to street cleaning and littering problems by listening to the residents in a series of face-to-face interviews.

“The technology works. The challenge we have is to make it fit the specific operational context and then move it to scale. And it’s only when smart cities technology is deployed at scale that it becomes interesting and delivers attractive business cases,” said Saunders.

But he warns local governments not to focus solely on the technology, nor get distracted by “shiny toys”.

“Firstly, focus on gaining a better understanding of the problem space — the ‘why’ in the local context,” he said.

Local governments must ask: “What challenges are we looking to solve, or opportunities are we seeking to capitalise upon? And then, of those, which might be accelerated, unlocked or better sustained through the deployment of emerging technologies such as IoT?

“The technology is a key enabler, in service of council and citizen outcomes.”

Francis said local governments leading in the smart cities space are starting with the ‘low hanging fruit’ of operational efficiency.

“By digitising the physical world through the use of IoT sensors and similar, councils can get data and therefore insights that help with things such as the efficient and effective utilisation of assets, power and resources,” he said.

“That’s why we’re seeing a lot of smart lighting, waste management and parking.”

Francis said the rollout of IoT is “effectively a digital nervous system” that “unlocks data insights from physical infrastructure”. When we look at IoT in these terms, we can “uncover insights and get a level of visibility right across the city” that is impossible when relying on anything other than real-time data.

How can local governments get ahead of the curve?

Saunders agrees that city decision-makers should focus on outcomes, not technology.

“What do we want to achieve? What does success look like? This is what cities should be asking,” he said.

He warns city decision-makers “not to buy something because it is smart or special. Instead, buy it because it’s right for your city, plan for scale and seek to incorporate into service contracts for the best chance of success.”

Francis said he’d like to see IoT become “part of the DNA of councils when they are considering their strategic and operational plans”.

“It’s not an IT or a Smart City Department problem, while the rest of council continues on as normal,” Francis said.

Instead, advances in technology should become “part of the standard day-to-day toolkit”.

The implications stretch far beyond technology, and will influence processes, culture and organisational structures.

“It’s a challenge. But establishing a vision and strategy and rallying around a stepped change to that ‘light on the hill’ is a good first step.”

Broadspectrum (a Ferrovial company) and KPMG are sponsors of Smart Cities Week in Sydney from 29–31 October 2018. Tickets are available online.