More than 400 Victorian government state data sets are now available for public access and consumption after the state’s government offered a broad selection of geospatial data through its www.data.vic.gov.audata clearinghouse site.

Publication of the open data sets represents progress towards the fulfilment of one of the state’s 50-point Victorian Government ICT Strategy and augments the DataVic Access Policy, which was released in August 2012 and codified the importance of sharing public data sets. 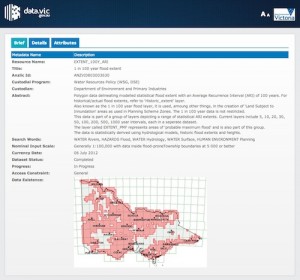 The released data is available in a number of raw and processed formats, and includes data such as local government, electoral, urban growth and planning scheme boundaries; rail network and relief contour data; and parks and conservation areas.

Other data sources are expected to be brought online progressively as the government pushes towards its goal of putting 1000 public data sets online by September 2013.

The 400 new geospatial data sets bring the total so far published to around 900.

“The DataVic policy is progressively delivering changes to the previously restrictive licensing arrangements around the release of data, including versatile and highly valued spatial data,” Victorian ICT minister Gordon Rich-Phillips said in a statement.

The government “has high-value information assets in the form of spatial datasets with thousands of data items. Providing open access to government data not only helps drive innovation and create new business opportunities, but it will also enable the development of new products and services.” – David Braue