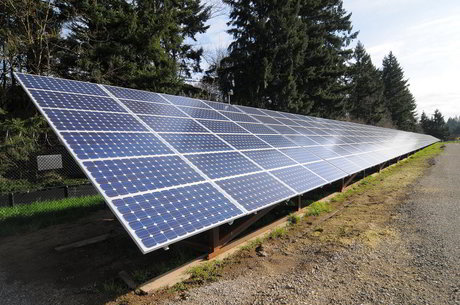 Established in April 2012, the Clean Energy Regulator (CER) is the federal government body responsible for administering legislation that will reduce carbon emissions and increase the use of clean energy. One of the schemes the CER administers is the Renewable Energy Target.

The Renewable Energy Target is designed to ensure that at least 20% of Australia’s electricity supply comes from renewable sources by 2020. To achieve this target, the scheme operates on the creation of tradable certificates — which provide an incentive for home owners and businesses to invest in, and generate electricity from sustainable and renewable sources.

The Small-scale Renewable Energy Scheme creates a financial incentive for individuals and businesses to install eligible small-scale renewable energy systems such as solar panel systems and solar water heaters. It does this through the small-scale technology certificates (STCs), which liable entities have a legal obligation to buy and surrender to the CER on a quarterly basis. STCs can be produced following the installation of an eligible system and are calculated by the amount of electricity a system produces or displaces. They can be sold to recoup a portion of the cost of purchasing and installing the system.

The CER receives thousands of STC applications every week, and to approve each application, it needs to confirm that eligibility requirements have been met.

At its peak, the CER received up to 20,000 STC applications per week. The unit responsible for approving the applications, the Validation Team, knew the existing method was not working, and the situation was about to reach crisis point. Assessing and approving the applications was a manual and time-consuming process, which involved calling households and businesses to confirm the systems did exist, as well as personally inspecting properties.

The team had tried using Google Earth to see if it could get close enough from above to see what was installed. Unfortunately, the images were not current or clear enough to determine what was on the roof at that time.

The CER began using nearmap, which gave it the ability to have a virtual eye above the ground at all times — enabling it to remotely perform validation checks on roofs for the first time. This resulted in STCs being approved faster, more accurately and more cost-effectively. The use of high-resolution nearmap PhotoMaps imagery eliminated the need for the costly, time-consuming site visits and reduced the number of calls to home owners and businesses.

“STCs are a fiscal commodity and can cause a lot of financial strain on the solar industry if there are extended delays with the approval processing,” said Matthew Power, senior manager, Scheme Settings and Coordination at the CER. “Most solar energy installation businesses aren’t big companies, they don’t have massive reserve funds to draw upon and poor cash flow has the potential to cripple their businesses. If we hold certificates back we can actually send companies broke.”

The versatility of nearmap’s service as a visual geospatial solution has also inspired a number of unexpected benefits, such as keeping an eye on new developments to predict system installations and certificate application influx ahead of time.

“Creators of these certificates are required (by law) to maintain and provide, upon request, certain pieces of documentation as evidence of their installation,” said Jessica Feeney, team leader, Validation Team at the CER. “In saying that, the paperwork doesn’t physically show you what is on the roof, or if there is an installation at all.”

nearmap provided a complete solution for the application approval process. nearmap PhotoMaps are updated regularly and captured at the extremely high resolution of 7 cm per pixel — approximately five times clearer than satellite imagery. The team could sign into nearmap from any device, zoom into the property and see whether the system had been installed in the first place, and whether it had been accurately represented in the application.

Being able to access up-to-date, high-resolution aerial images from anywhere means that checks can now be done within seconds, having a major impact on CER’s productivity.

nearmap is continually flying, capturing and providing detailed, accurate, timely data for 85% of Australia’s population. It processes captured imagery and uploads it online in a matter of hours or days. It was the currency of nearmap’s imagery and data that provided CER with the confidence to rely on the platform for approving the growing number of STC applications.

“nearmap’s technology allows us to quickly and easily verify the integrity of the solar energy systems being installed, reducing the risk of fraud being applied under the Small-scale Renewable Energy Scheme,” added Power.

nearmap has greatly improved CER’s ability to discover improperly created small-scale technology certificate applications, which may have otherwise gone into the market.

For investigations that require historical evidence, where there may have been an issue with the provision of inaccurate or false information or claiming on systems that did not exist, the Validation Team had no visual records to assess whether the applicant was providing correct information. Using nearmap’s timeline tool, the Validation Team can go back in time to reveal what system existed on particular days, months and years. This arms CER with the evidence needed to take certificates out of the market and prosecute fraudulent applications where warranted.