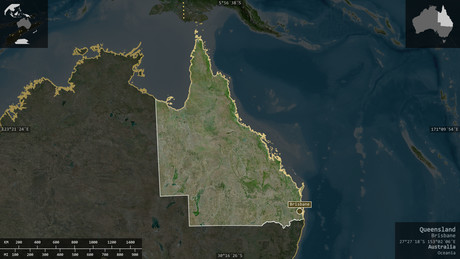 This includes a project to provide imaging at a ground sample distance (GSD, or pixel size on the ground) resolution of 20 cm for a more than 149,000 km2 area around the Surat Basin North, which will represent one of the largest aerial surveys conducted in Australia to date.

It also includes an aerial survey of around 12,000 km2 of South East Queensland at a 10 cm GSD, a survey of 17 towns in North Queensland that Aerometrex has been conducting for the state government yearly since 2015 and 10 cm imagery to capture 23 remote and rural towns in western and north-western Queensland.

The work is to commence in stages from April through to July, and will conclude in Q4 2020.

“We are pleased to be providing our high-quality imaging service to the Queensland Government program again this year,” Aerometrex Managing Director Mark Deuter said.

“Speaking as someone who grew up in outback and rural Queensland, it is particularly pleasing that regional and rural towns will be receiving the same high standard of imagery and data as the urbanised areas of South East Queensland. We look forward to another successful execution of the program in 2020.”

Aerometrex has been providing aerial imagery to the Queensland Government’s aerial surveying programs since 2009 and employs 30 staff in the state through its LiDAR operation at two locations including Brisbane’s Archerfield Airport.

How does your warehouse rate on the path to modernisation?

COVID-19 crisis to take bite out of IT spending