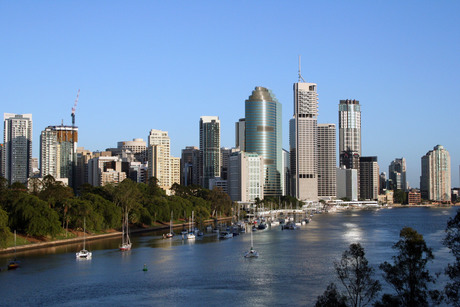 Engineers from Queensland have urged Brisbane to model its transport planning on European cities.

A recent trip to Spain, USA and Holland has inspired the pair with new ideas and strategies on how Brisbane can develop in its quest to become a new world city.

“Amsterdam is a great example for Brisbane as it has developed its active transport culture because people were not happy with the traffic, pollution and lifestyle they were experiencing,” said Kolenbet.

“For the public, active transport means walking and cycling as part of your everyday routine, not just for exercise, but for planners and engineers it means prioritising pedestrians and cyclists over cars.

“It took some time, a strong political will and collaboration between governments and town planners but now they’re not looking back.”

Holland has a population of approximately 17 million and there are now nearly as many bicycles as there are people, as a consequence of city planning.

Queensland residents are becoming more aware of the benefits of using active transport as part of their everyday living. Kolenbet recommends that town planners consider active transport in the planning stages, such as having dedicated cycle laneways on roads and having end-of-trip facilities like parking, showers and lockers.

According to Ryan, Queensland is considered a world leader in terms of asset management.

“We were able to provide presentations on the Australian approach to asset management in the USA and the Netherlands,” Ryan said.

“We received positive feedback from the engineers attending, who were envious our councils have sought to take a longer term view to managing and funding our assets.

“This has been led by the IPWEA over the last two decades and you can see the difference in the quality of assets on the ground.”

Sunshine Coast Council is already adopting some innovative technology inclusions designed to streamline efficiency and workflow. In some cases, these initiatives are saving the council thousands of dollars.

“In some of our waste bins in Caloundra, for example, we have installed sensors that tell us when we need to empty the bins,” said Ryan.

“It actually told us we were emptying bins when they were just 20% full, so now we’ve changed our schedule from daily to twice weekly and have saved us a whopping $11,000.”

The IPWEAQ State Conference will be exploring some of these topics in November.

Held 8–10 November at the Brisbane Convention and Exhibition Centre, the event will bring together 400 of the state’s leading authorities on engineering. It will feature 12 streams of content across a range of topic areas, as well as seven keynote speakers.

TransGrid and Endeavour Energy have partnered with nine late-stage energy startups in...

Astrophysicist Dr Sascha Schediwy has received the overall Excellence award and been named...