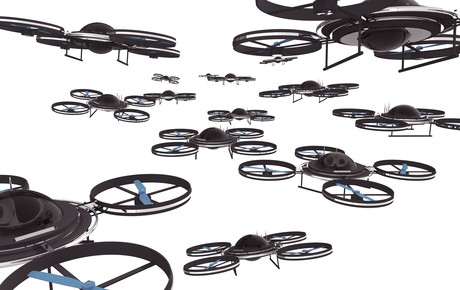 Illegal dumping will be targeted by a new Victoria-wide drone program, designed to capture video evidence of this type of offence.

Environment Protection Authority Victoria (EPA) has launched the program, which aims to assist officers with the investigation of pollution on land that is difficult to reach by foot or vehicle.

“We know that areas with minimal visibility tend to be attractive places for illegal dumping because offenders think no-one’s watching — but that’s all about to change,” said Minister for Energy, Environment and Climate Change, Lily D’Ambrosio.

It is estimated that more than 350,000 tonnes of construction and demolition waste such as concrete, timber and asbestos is illegally dumped throughout the state every year, posing risks to Victoria’s environment and economy.

The Illegal Dumping Strikeforce Program works to identify, investigate and prosecute individuals and companies who participate in large-scale dumping.

Last financial year, EPA issued 98 remedial notices to stop or clean up illegally dumped waste across the state, with the most issued in Victoria’s north-west, followed by the Melbourne metro and north-east regions.

“Illegal dumpers, including those who accept industrial waste without the proper licence, face fines ranging from $7500 to almost $800,000,” said D’Ambrosio.

For more information about the Strikeforce Program, visit www.epa.vic.gov.au/strikeforce.