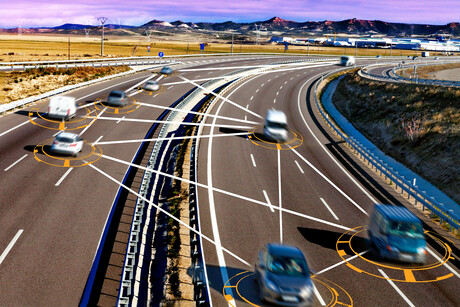 Professor Michael Milford, a robotics expert and Acting Director of the QUT Centre for Robotics, believes that high-definition (HD) map creation could be Australia’s chance to lead a core aspect of the autonomous vehicle technology space, supported by government–industry collaboration.

Professor Milford has conducted research projects into mapping for autonomous cars and the use of artificial intelligence (AI) to see how autonomous cars could handle Australian roads.

“Map updating is a major challenge to autonomous vehicle adoption everywhere, including Australia, but it’s not yet a mature field globally so there’s opportunity for us to catch up quickly,” he said.

Professor Milford noted that current European mapping solutions don’t recognise unique Australian signs or infrastructure and require customisation. He noted that although widespread autonomous vehicle use is some time away, the primary aim now is to ensure that the digital, physical and regulatory infrastructure is ready to go.

“We need to plan and design technology that is fit for purpose from the very beginning, not shoehorn it in at the very end when we realise the tech doesn’t do what it’s meant to do,” he said.

Professor Milford believes that collaboration between map creators, localisation services and governments for infrastructure updates and privacy regulation would be the ideal solution.

“Current maps do not have all the information necessary to be full HD maps, or links to information about infrastructure changes. Unless a car knows explicitly about environmental changes like road works, for example, positioning systems will find it hard to work well,” he said.

Government notifications around these events could be very important, with Professor Milford adding that meaningful government involvement or oversight is vital due to the significant data and privacy implications of these maps.

While positioning is a core part of the technology offering from autonomous vehicle companies, it may also need improving to provide accurate services in Australia. Professor Milford notes that while current positioning systems work well most of the time, there are failure points, like heavy rain and tunnels, where the technology is not reliable enough.

“There’d be nothing worse than a car thinking it’s in one location but actually being in another, and erroneously referencing the wrong section of the HD map as a result of that positioning error,” Professor Milford said.

QUT, which specialises in robotic and autonomous vehicle positioning research, is working with government and industry on the future of HD maps and investigating the ideal models for government–industry collaboration.

“If we started a staged approach toward this collaborative model now, within two years we would have a working prototype for how information from private map providers, the government, and possibly from vehicles on the road could be shared between all of those key stakeholders to ensure maps are as accurate and up to date as possible,” Professor Milford said.