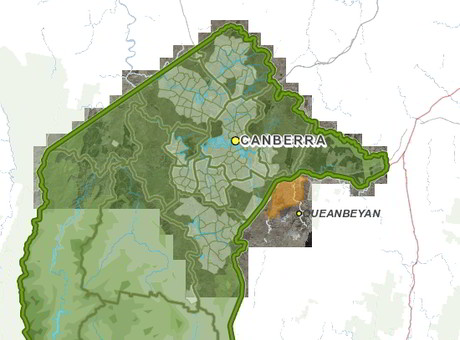 The ACT government has added a series of historical maps dating back to the 1800s to the ACTmapi interactive map.

The maps will allow users to see how individual areas have changed over time, with the historical maps scanned and processed to be overlaid onto aerial photography of the ACT and surrounding area.

The historical maps detail the changing layout of the region, showing that land holdings used to be divided into portions, with a group of portions making up what was known as a parish.

Maps detailing historical settlements and rural pastoral boundaries coexist with maps showing the location of historical cottages and huts, many of which have been demolished and replaced, according to ACT Minister for Environment and Heritage Mick Gentleman.

“The 1915–1930 map series even shows a cricket pitch which is now under Lake Burley Griffin,” he said.

“These maps give a fascinating insight into the history of land ownership in the region. Users will quickly recognise that the names of many of the early landholders and localities, such as Campbell, Crace, Weetangera and Weston, are now recognised with places in Canberra named after them.”