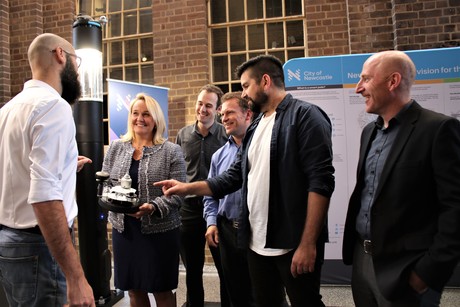 The City of Newcastle has officially launched its new ‘Envirosensing’ network of sensors, designed to tackle a range of local environmental issues.

The system will be used to measure a range of environmental conditions including temperature, humidity, wind direction, air quality, water usage, soil moisture and solar irradiance.

The network and IoT project has been deployed with the support of a $5 million grant from the Restart NSW-funded Hunter Innovation Project. The City of Newcastle itself has committed to investing a further $2 million in the project over the next few years.

Data collected from the censors will help the city respond to issues such as air pollution, flood management and water sustainability.

Newcastle Lord Mayor Nuatali Nelmes said the system has been designed as one of the most advanced smart city infrastructure systems in Australia.

She said it will also be used to tackle issues such as ‘urban heat islands’ — pockets of urban or metropolitan areas that are significantly warmer than surrounding areas, particularly at night.

The system is also designed to support the pilot deployment of smart bin sensors, smart parking sensors and other smart city applications.

“Studies show that urban heat islands are associated with higher pollution and negative health conditions, especially for the elderly and young children. This technology will be integral to exploring possible actions to mitigate urban warming,” Nelmes said.

“The launch is a significant milestone, marking the completion of the base infrastructure required to start deploying applications that not only solve the city’s challenges but also harness exciting opportunities.”

Data collected from the sensor network will also help establish Newcastle as an experimental testbed for research and entrepreneurial activity into environmental issues, and will help the council make more informed decisions as part of its smart city planning, Nelmes added.

Why good data management is the key to quality patient care