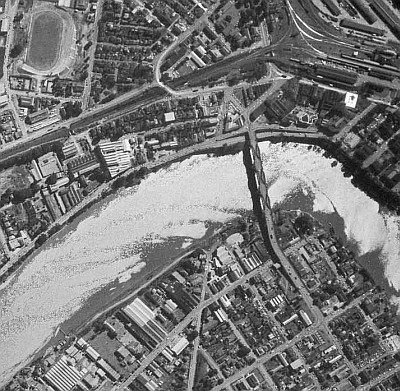 The Queensland Government has digitised and made freely available its vast collection of aerial images dating back to the 1930s.

The state’s Department of Natural Resources and Mines has digitised 800,000 photographs from the State Aerial Photography Program, which commenced in 1949, as well as some earlier images.

Digital versions of the photos have been overlaid in an online map, allowing users to view and search for images by location. The online collection has been called QImagery.

Acting Minister for Natural Resources and Mines, Bill Byrne said the collection is a reference for topographic mapping and infrastructure planning purposes, and has now been opened up to the wider public.

“Local history buffs will be able to take a walk down memory lane and see how their street has changed over the decades, as well as tracking changes to their school, workplace or major infrastructure development over time,” he said.

“QImagery takes these photos out of the darkroom archives and sorts them in a way that makes it meaningful and accessible to all Queenslanders.”