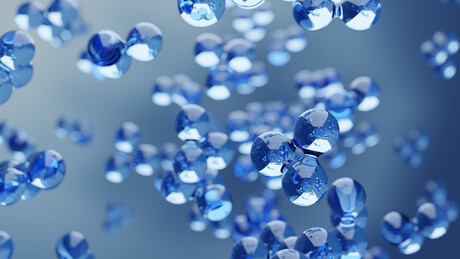 The South Australian Government and the Port of Rotterdam Authority have signed a memorandum of understanding (MoU) to explore the feasibility of exporting green hydrogen made in South Australia to Rotterdam, one of Europe’s largest ports.

South Australia is forecast to be net-100% renewable energy by 2030. Over one in three South Australian homes have rooftop solar, and around 3% of homes have home batteries installed or committed in the largest global per capita rollout of home storage.

The Port of Rotterdam has developed an ambitious hydrogen masterplan to become the major hydrogen hub to supply North West Europe with renewable energy. Rotterdam currently imports vast quantities of oil and coal; imports of hydrogen will replace these in the years to come, as part of the decarbonisation of the European economy.

Stephen Patterson, SA Minister for Trade and Investment, welcomed the MoU with the Port of Rotterdam.

“We’re impressed by the ambition of the Port of Rotterdam, which mirrors that of the South Australian Government. We released a Hydrogen Action Plan in 2019 with the vision of becoming a world-class renewable hydrogen supplier,” Minister Patterson said.

Dan van Holst Pellekaan, SA Minister for Energy and Mining, said the South Australian Government needs to become a national and international exporter of clean power, through new power interconnectors and carriers such as hydrogen.

“These could lead to South Australia producing around 500% of its current grid demand in renewable energy by 2050,” Minister van Holst Pellekaan said.

Allard Castelein, CEO of the Port of Rotterdam, forecast that Europe will remain a net importer of energy, shifting from grey to green.

“The Port of Rotterdam wants to facilitate this shift by stimulating the development of new supply chains of hydrogen. This is important both to stop climate change as well as for the long-term sustainability of businesses and the economy,” Castelein said.

Castelein added that the costs related to the shipping distance are a small part of the total costs of hydrogen delivered to Rotterdam, with the majority of the cost in the production of hydrogen, carrier production or liquification and storage.

“This means that local conditions such as the amount of sunshine and wind that exist in South Australia could make this hydrogen very competitive on the European market,” Castelein said.

The partnership of South Australia and the Port of Rotterdam will build on a $1.25 million hydrogen export modelling tool and prospectus, released in October 2020, looking at establishing green hydrogen supply chains from South Australia.

The Port is conducting similar feasibility studies about the production and shipping of hydrogen with a number of countries, including Iceland, Portugal, Morocco, Uruguay and countries in the Middle East. South Australia has committed around $15 million to support green hydrogen production projects, led by AGIG at Tonsley, H2U at Cultana and Neoen in the state’s mid-North.

IDEMIA has launched a Health Travel Pass, designed to help governments reduce the risk of...

A robotics expert has called for government–industry collaboration to create HD maps, to...