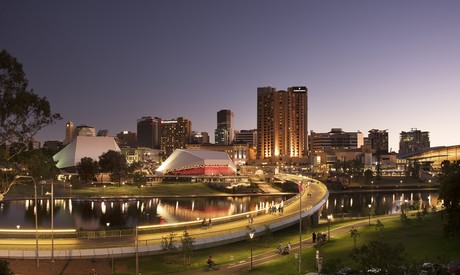 The South Australian government is creating a $2 million digital 3D model of the Adelaide CBD and surrounding areas to improve city planning processes for the city.

The model will act as a 3D interactive replica of the city’s inner ring, extending west to the coast. It will be designed to provide suburb-, precinct- and individual site-level overviews of planning strategy and property development.

It will be freely accessible online to allow residents to better visualise proposed city developments and engage with the planning and development process.

“Traditionally developments have been planned and assessed with two-dimensional plans, and engagement with the public has relied on ‘artist impressions’ to visualise the impact,” SA Planning Minister John Rau said.

“3D modelling is used around the world with great success and will allow the public to visualise a proposal and how it will fit with the existing streetscape. A virtual city model builds on the transition to ePlanning, which will make our planning system more efficient and accessible.”

The first phase of the project will involve mapping the CBD and key development corridors, and is expected to be complete this financial year.

In a related development, South Australian engineering company LogiCamms has signed an agreement with France-based Dassault Systèmes for the development of a virtual shipyard for the state.

Dassault representatives are visiting South Australia to discuss the project, as well as industry transformation and digitalisation of cities.

The virtual shipyard model is used by major defence contractors and suppliers to manage the entire life cycle of development projects and communicate with companies in the supply chain.

“The South Australian government has been working with Dassault Systèmes over the past six months to establish the digital capability baseline for potential local naval suppliers and explore the development of a structured industry capability learning program to digitise the state’s supply chain to support the next generation of naval shipbuilding,” Acting Premier John Rau said.