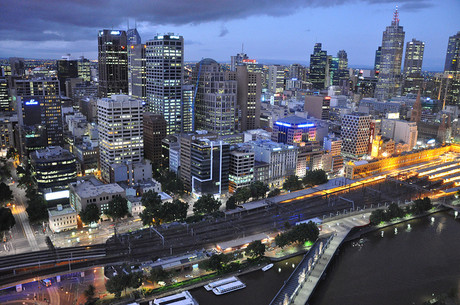 The University of Melbourne will conduct a state government supported high-tech study into traffic flows in Melbourne’s road system, aimed at reducing congestion and improving road safety in the burgeoning city.

Thousands of sensors mounted on vehicles, roads and traffic signals will gather data from a 5 km2 test area in the Fitzroy and Collingwood area.

Information from vehicles, cyclists, pedestrians and infrastructure will be collected and used to deliver insights into how to more efficiently manage the city’s transport systems and road networks.

The university is conducting the research with support from the state government and a variety of public and private sector partners.

With Melbourne’s population approaching 7 million, the government aims to embrace new technologies to improve the efficiency of the city’s road networks.

“We want to provide Victorians with the most efficient, safest transport system possible. We look forward to working closely with the University of Melbourne to ensure Victoria can reap the maximum benefits from this world-first project.”

Rohan Fernando, head of enterprise channels at location technologies company HERE Asia-Pacific, added that the project represents an opportunity to turn the smart city concept into a reality.

“As the population of many global cities continues to rapidly expand, relieving congestion and reducing the negative impacts it generates, social and economic, must become a priority for government and industry,” he said.

“Creating a fully connected smart city is no easy feat. It requires coordination between hundreds of disparate systems and testing in real-world environments, which is why HERE is collaborating with The University of Melbourne, industry leaders and local government to establish the first of its kind, smart city test bed on the fringe of Melbourne’s CBD.”