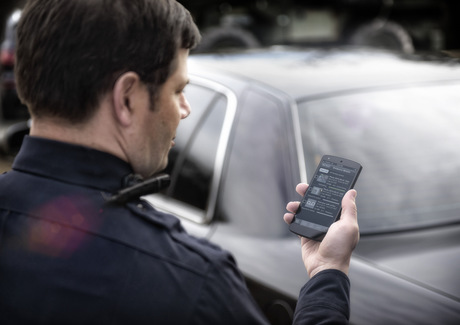 The combination of body worn video and private-sector cloud-based software services is transforming safety agencies' ability to focus on their core missions.

Around the world, law enforcement, justice and government agencies are turning to body worn video as an innovative way to capture evidence. However, many experts agree that the cameras, whether they be body worn, CCTV or other devices, are just the tip of the iceberg when considering digital evidence management. There has been a worldwide explosion of the use of cloud-based software as a service (SaaS) to manage digital information.

As an indication of how far technology has come, in 1979 the cost of a Cray Super Computer was approximately US$20 million. It featured a blisteringly fast 167 MHz processor and a massive 4 GB of storage. Today, for around $600 you can get an Apple Watch with 16 GB of memory and a 1000 MHz processor. And it is estimated that Netflix is now transferring as much as 45 million GB per hour to its clients around the world.

While this digital explosion is being led by the consumer world, public-sector agencies, including the police, are also obtaining greatly increased capabilities through new technology. And even though the vast majority of police officers surveyed today indicate that they still have far more technological power in their personal devices than they do at work, this gap is closing — in some cases very quickly.

New Zealand Police has been rolling out mobile devices to all its officers for some time. Australian law enforcement agencies, including Queensland Police, are doing the same, while also exploring the use of body worn video to assist in capturing additional evidence. Many Australasian agencies also capture video via in-car cameras, CCTV, cell block video, forensics and so on.

The need for open systems

But government agencies have been burned many times through the purchase of proprietary systems that are not interoperable with other systems, often within the same agency. This lack of interoperability, seen around the world from 9/11 to Black Saturday in Victoria, is leading the call for mandatory 'open systems' approaches to information management.

While many think that the video explosion was led by the United States, it was actually the United Kingdom that was first out of the gate, decades ago, with the immense use of CCTV cameras, in part in an attempt to deal with acts of terrorism.

Having said that, the impact of incidents in the US, such as in the shooting in Ferguson, Missouri, have created a firestorm of demand for additional video to be captured and managed by the police. Even the US President has stated, “This is not a problem just of Ferguson, Missouri. This is a national problem." In fact, it is not just a national issue, but an international one.

For example, while the call for body worn video by Canadian chiefs of police is more muted, they readily admit that cameras are only one factor when dealing with digital evidence. Many agencies have gone down the route of building their own data centres, primarily due to perceptions on issues such as security, reliability and cost. However, most are now realising these issues are greatly enhanced by moving towards a software as a service on the cloud.

Even TASER International, which has almost a decade of experience in capturing video, made the same mistake when getting started. It spent a great deal of time, effort and money trying to build its own data centre only to realise that it needed to focus on its core business and let others, such as Amazon Web Services, develop the cloud that they could leverage around the world.

That decision, and the “build, measure, learn" approach described by Eric Ries in The Lean Startup, led TASER do develop its Evidence.com SaaS system, which now has over 5000 clients worldwide. Fortune Magazine calls TASER one of the fastest growing companies in the United States.

Evidence.com, the flagship service provided by TASER's Axon brand, dramatically assists in each aspect of digital evidence management: capture, transfer, manage, retrieve and share. Each of these issues have their own challenges.

For example, the current process for sharing digital evidence (such as huge video files) with crown prosecutors, has been to create CDs or DVDs (or even put them on a laptop), drive them to the court and hand them over to justice officials. Those officials then need to find the appropriate player, review and, when appropriate, make another copy and somehow get that to the accused's lawyer. No part of this process is secure, nor does it leave any sort of irrefutable audit trail.

With a SaaS service such as Evidence.com, the entire process, from capturing the scene on the street via body worn video, to sharing with prosecutors and forwarding to the defence lawyer, is managed by just a couple clicks of the mouse — all with an evidentiary audit trail and no additional infrastructure costs other than a web browser and internet access. The system is also designed to be open, so that digital information from almost any source can be managed and shared.

The explosion of digital media, both public and private, is expected to continue and grow for years to come. As a result, the reality for most agencies is that their best option for managing this data in a secure, reliable and cost-effective way is cloud-based SaaS.

By leveraging the private sector's ability to quickly and safely deliver services via the cloud, government agencies can focus on their mission and deliver the core services to the public they serve.

*Nathan Sawtell is the Australia/New Zealand Country Manager for TASER/Axon.