ANAO will use BES10 to manage a number of mobile platforms including iOS and Android based devices. Using the BES10 and BlackBerry Secure Workspace application, this platform creates a secure container in which corporate data can be accessed, allowing the IT department to manage those devices as well as those native BlackBerry devices. 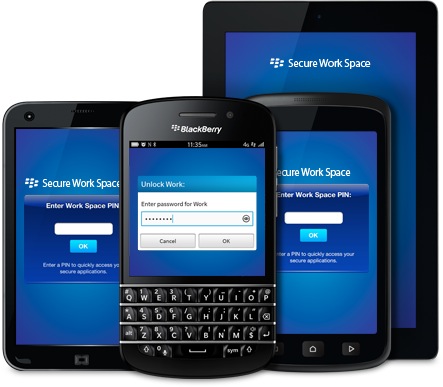 With around 86 percent of ANAO's workforce mobile, the decision to embrace the BES10 solution is seen as an enabler for strict security requirements, ANAO CIO Gary Pettigrove said in a statement.

"As a department that sets best practices for others, it is important that we deliver a mobile strategy that meets our strict security requirements, but also drives productivity through real-time communications and enabling choice for our employees,” he said.

“Our workforce needs to work fast and flexibly across multiple functions of Parliament, whilst maintaining the integrity and security of national information. By enabling and protecting our workforce with control over the use of work and personal data, we are driving significant efficiencies among our workforce whilst leveraging the capabilities of BES10.”

In announcing the ANAO win alongside a similar deal with professional-services company Questas, BlackBerry ANZ managing director Matthew Ball saw the win as the latest step in the momentum-building that the company has been focused on in the face of a growing threat from Apple, Samsung, and other smartphone and tablet vendors.

“While we continue to win the trust of Australian government departments,” he said, “we are also seeing significant traction in other regulated and private industries that want to enable workforce mobility with multiple devices, while maintaining company IP and data is protected and secure.”

New research from research firm Telsyte found that BlackBerry was the most widely-implemented MDM vendor in Australia during 2013, with one in five MDM-using businesses selecting the BlackBerry platform.

The high security and MDM capabilities of BES10 have become the key focus for the company as market share of its once-ubiquitous mobile devices continues to dwindle in the face of market dominance by Apple and Samsung.

Its BlackBerry 10 mobile operating system successfully achieved FIPS 140-2 certification from the US government well before its release, providing new bring your own device (BYOD) controls for organisations such as US Immigration and Customs Enforcement (ICE) and the Australian Transport Safety Bureau. – David Braue