Australian organisations are more likely than their peers in the Western world to support bring your own device (BYOD) policies, but are being outpaced by organisations in fast-growth developing countries, according to recent figures from research group Ovum and solutions provider Logicalis Australia.

Working on behalf of Logicalis, Ovum surveyed 3796 users in 17 countries as to their BYOD practices and found that 79% of respondents in emerging markets (such as Brazil, Russia, India, the UAE and Malaysia) were working with BYOD policies while just 54% of employees were working under BYOD policies in countries like Japan, Australia, France, Germany, the UK and US. 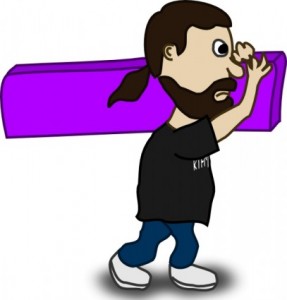 Australia was ahead of the game, with 61% reporting that they had been actively encouraged to BYOD by their employer, and just 10% saying they had been actively discouraged from the practice. Spain was also flagged as being progressive amongst developed countries, with 63% of employees pursuing BYOD policies.

Exploding adoption of BYOD within organisations has already been linked, in a separate survey, to a growing habit of bypassing IT organisations’ security controls. The Ovum-Logicalis research confirmed this, with 29% of Australian survey respondents saying their IT department doesn’t know about BYOD popularity or simply ignores it.

“Even when they do encourage it, many companies simply don’t have the controls or policies in place to manage the business impact and risk,” Ian Ross, strategic solutions director with Logicalis Australia, said in a statement.

“The implications of losing sensitive data via a personally owned device can be dire. Every business must understand the behaviour of its own employees and have a strategy and measures in place to minimise the risk and maximise the opportunity.” – David Braue