Troubled mobile maker Research In Motion (RIM) must gain traction with its BlackBerry 10 operating system, which is being launched today in a massive global push, or dire consequences will push it out of the market, analysts are warning. 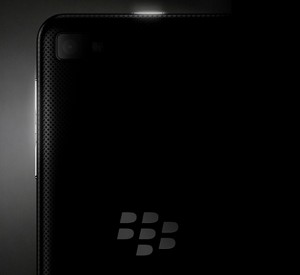 Research In Motion is pulling out all the stops for its BlackBerry 10 launch – but consumer response will ultimately decide whether it could be a BYOD saviour for government departments.

Once the darling of the smartphone generation, BlackBerry missed the industry transition to touch-sensitive phones and has suffered anaemic sales in recent years. Its market share dropped from 14% in 2010 to just 4% last year, according to figures from Informa Telecoms & Media, which noted the company's base demographic has shifted from developed markets to emerging markets, where it has actually gained market share – from 25% in 2010 to 47% in 2012 – on the back of low-cost, mass-market devices such as the BlackBerry Curve.

"In developed markets, BlackBerry is no longer perceived as a premium brand and subscribers in these regions have deserted the platform in their masses due to the lack of attractive devices," principal analyst Malik Saadi explained. "However, RIM could well win these users back if it can offer them a premium user experience in line with the quality of its services, notably its BBM messaging platform and its email services."

The uncertain fate of BlackBerry devices poses a significant drama for IT planners within government departments, where BlackBerry has long been a mainstay due to its Common Criteria EAL4+ security clearance. The devices were recently certified by the Defence Signals Directorate as being suitable for information classified up to RESTRICTED level, and indeed the BlackBerry 10 OS achieved FIPS 140-2 certification well before its release.

A recent comparative survey (sponsored, it's worth noting, by RIM) found that RIM devices are the most secure and cheapest to run for government agencies. Hopes are so high for BlackBerry 10 that the US Immigrations and Customs Enforcement recently announced it would trial the platform throughout its 20,000-employee operations.

By contrast, Apple iPhones and iPads running iOS 5 are only certified to PROTECTED level, and ongoing security issues with Android devices has made them persona non grata with many government departments; the US National Security Agency (NSA) was so concerned about Android that it last year wrote its own version of the operating system for government use.

Such certifications could see many government IT managers breathing a sigh of relief, since departments and agencies are universally dealing with the security challenges posed by the unstoppable Bring Your Own Device (BYOD) trend. BlackBerry 10 includes a number of 'sandbox' features to separate work and personal content, and RIM's focus on manageability of the devices will doubtless win it fans among IT managers struggling to keep up with the march of consumer devices into their environments.

Whether or not BlackBerry 10 can become the go-to platform for smartphone shoppers – and, therefore, BYOD users – is another story. RIM should aim to sell at least 1 million of its new devices within BlackBerry 10's first quarter on the market, Saadi warned, while noting that sales of 3 million would be considered "a spectacular performance, which will undoubtedly resurrect both the consumers' and the investors' confidence in the BlackBerry brand".