The announcement that five councils have signed on to adopt a mobile forms-completion tool in the past four weeks has corroborated broader analyses suggesting that local governments should be tapping into mobiles to digitise their information workflows.

Australian software developer BlinkMobile interactive reported today that Moreland City Council (Vic) as well as Hornsby, Pittwater, Singleton and Marrickville Councils (NSW) had all signed up to use the company's BlinkForms mobile application to allow staff to fill out council documents while they are on the road. 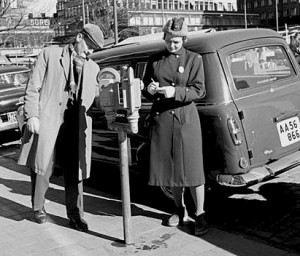 Paperwork is the bane of every council officer, but new mobile tools offer new hope for efficiency.

Due to be tailored for use by each council by BlinkMobile partner EcoView Global, the tool will be used for everything from lodging service requests to job safety analysis, compliance audits, tree inspections, and council asset management. These and other forms will be published for council officer use on mobile devices, which can then be used to view and enter new records while in the field.

This approach will save considerable time over existing paper-based practices in which staff make notes in the field, then complete and lodge paperwork back at the office. "It is a flexible and scalable solution and has offline capabilities which makes it a very attractive business proposition," BlinkMobile director Darren Besgrove said in a statement. "Staff can be productive even when there is no network connection, uploading data later."

The real-time collection of data in the field is becoming an increasingly popular way of short-circuiting long-held, inefficient paper processes promulgated within many councils. And mobile devices aren't only for completing database forms: a recent Institute for Information Management (IIM) survey found smartphone cameras are set to get a workout as a growing number of public-sector agencies adopt 'point of origination' document imaging strategies built around capturing key information at the point of interaction rather than later on.

"More than 20% of surveyed respondents have deployed mobile capture...while a similar proportion have projects underway."

The survey was designed to evaluate the buying expectations of public-sector IT managers considering ways of integrating mobile information-capture tools into their operational processes. Run for IIM by document-management figure Bill Dawes and sponsored by Kofax, the survey involved 240 IT professionals across Australia and New Zealand – including more than 50 from government bodies.

Among the findings Kofax is trumpeting: more than 20% of surveyed respondents have deployed mobile capture – which involves photographing documents and extracting relevant information for storage in enterprise databases – while a similar proportion have projects underway.

Mobile capture leverages the ubiquity of cameras and mobile data-entry capabilities in smartphones and tablets, which are increasingly the first point of access for consumers and field workers and are therefore logical conduits for directly entering information into enterprise applications.

Cited drivers for adoption include the need to improve speed of response to customers, suppliers, citizens or staff, which was cited by 45% of respondents; improved worker productivity (40%); and more streamlined processes (32%).

Expectations for image-based processes are high, with three-quarters of respondents suggesting that mobile-capture methods will improve the productivity of field-based or travelling staff by 10 to 25 percent.

These savings will come through new efficiencies in reporting requirements, reduction in customer-support volumes thanks to increased self-service capabilities, and avoidance of the need to visit physical branch offices to interact with government services. – David Braue