The Federal Treasury has moved almost 1000 desktops to a virtual environment, boosting efficiency and mobility for its staff.

When the Federal Treasury in Canberra needed to update its fleet of desktop computers, it faced a choice — go for a box-for-box replacement or adopt a virtual desktop environment. After assessing the pros and cons, it opted for the latter.

The solution chosen — based on Nutanix hardware running VMware View and integrated by Canberra-based ICT company Qirx — has replaced the need for full desktop machines at desks, with the storage, compute, processor and RAM assets all relocated to a central environment in Treasury’s data centre.

Traditionally, the way to do this would have been to extend the storage, add a bunch of servers, and then make it all talk together to deliver the platform needed to provide and process the virtual desktop workload.

“We chose not to do that, essentially because of the complexity around trying to integrate all of those pieces, whereas the Nutanix platform has all of those components all integrated together,” said Treasury CTO Ricardo Alberto. “And it meant we could actually focus on delivering the outcomes of the project rather than worrying about architecting a backend to deliver this.

“We bought a number of Nutanix nodes, and they essentially bolt on top of each other,” he added. “They all communicate together and you literally plug the next one in and it just starts working… all of a sudden you’ve got more RAM, more processing, more storage — you’ve got everything you need. And you can just start deploying more desktops.”

Treasury has a total fleet of around 1500 end devices, and (at the time this article was written) had moved 850 of them to the virtual environment. “The system will eventually replace probably around 1300,” said Alberto. “Not every desktop will be able to be replaced by the virtual, just [because of] the nature of the workload or specific applications [that] won’t work in that virtual environment.” 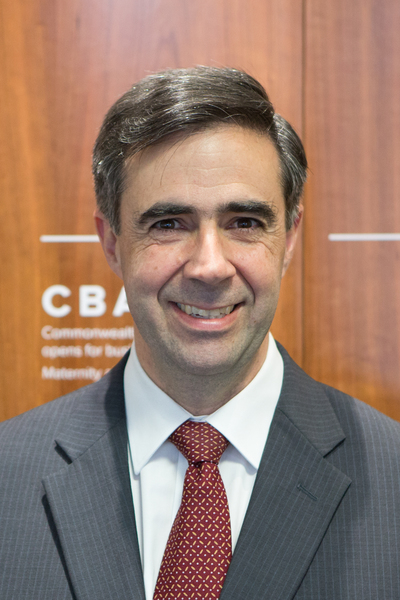 “There’s continuing pressure across the public service on staffing numbers,” added Alberto. “And being a smallish agency at Treasury, we need to do things like this to be able to continue to support the environment we’ve got as part of the ongoing efficiencies we want to find. It’s about lowering the ongoing support costs and simplifying the environment as much as possible.

From a business perspective, “we really wanted to embrace the mobility aspect of the workforce”, he said. “Because the desktop runs in the data centre and it’s able to be essentially served up to wherever you are… effectively that means that we are now truly device independent. All you need is an HTML5 browser and the right sort of credentials. Once you’ve got that access you’ve actually got exactly the same desktop from anywhere on any device as you would have sitting in the office.”

“[If you have an] HTML5 browser with the right access, your desktop basically follows you to wherever you are.”

Device independence is an important consideration for the modern work environment, and BYOD is encouraged at Treasury. “The department certainly does provide [devices] in some cases,” said Alberto. But, “I think part of what we’re trying to achieve here is giving people the flexibility to use their own device, rather than carrying two or three or four devices. If every organisation they interact with was to give them a device, they’d need a suitcase to carry all of them. So BYOD is certainly one of the things we wanted to encourage people to do.

“Obviously on BYOD devices there are additional security measures; there are certain things you can’t do on a BYOD, but only in terms of data transfer as opposed to what you have access to,” he added. “So you still have a functional desktop, it’s just that there are some security restrictions on what [data] you can transfer onto a BYOD device — effectively you can’t transfer anything.”

According to Alberto, the response from staff has been very positive. “We’ve had to engage widely with people from the different business areas to make sure that they tested the applications that were important to them, and to make sure they were right before we go,” he said. “You know, we’re not quite bleeding edge, but certainly I think with some of the work we’re doing here with providing all applications to all desktops anywhere… there are not a lot of [other organisations] doing it.”

One of the major benefits of moving to the virtual environment has been the ability to quickly roll out and test changes and updates. “In the early days there were a couple of things that turned up in relation to the way we packaged the applications and it required a number of tweaks to the desktop itself,” said Alberto. “And obviously we needed to do that quickly. With the system we’ve got… if something doesn’t work, you can go back to the previous known state simply by logging off and logging back on. And I guess that’s helped in the troubleshooting and the rolling out to minimise any impact on staff, and in keeping the momentum going on the project.”

Another benefit has been the ability to do security patching in a more timely and efficient manner.

“There’s always the risk of applying a patch in that you don’t know what the impact is going to be versus the improved security,” said Alberto. “If something goes terribly wrong we can easily roll back to the desktop from yesterday. It means the security compliance and the whole standards of the system can be improved.”