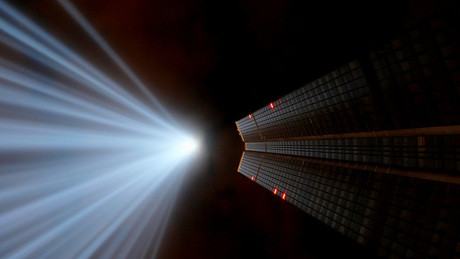 The federal government will overhaul the nation’s approach to managing radio spectrum, the airwaves over which all mobile communications and broadcast signals are sent.

The government announced it has considered and decided to adopt all three major recommendations of the Department of Communications’ recent Spectrum Review.

Based on the review, this will involve replacing the current legislative framework with legislation that focuses on outcomes, allowing timely allocations and improving flexibility of use. As part of this improved flexibility, telcos and other spectrum holders will likely be able to negotiate for sharing and trading of spectrum.

Another key recommendation involves incorporating the management of broadcasting spectrum to improve the consistency of the regulatory framework. The report likewise recommends that public sector agencies with spectrum allocated to them be required to report their holdings and be allowed to lease, sell or share that spectrum for their own benefit.

The third main recommendation is to ensure that spectrum pricing arrangements are consistent and transparent to support efficient use and facilitate secondary markets.

The review focuses on simplifying and streamlining regulatory structures. The report notes that current spectrum legislation is over 20 years old and really showing its age, failing to account for the proliferation of new digital technologies and communications services.

Regulatory complexity meant that the process of reallocating the digital dividend spectrum freed from the switch to digital broadcasting took around three years and the issue of 16 legislative implements, the report stated. Delays allocating spectrum impose unnecessary costs on both industry and government.

The proposed reforms would also establish a single licensing system for spectrum allocations, clarify the roles of the telecom ministry and ACMA in the spectrum management process, provide more opportunity for users to participate in spectrum management and streamline device supply schemes.

Communications Minister Malcolm Turnbull has revealed the government plans to implement the recommendations of the Bill over a number of years.

The government plans to introduce the primary legislation to parliament during the autumn sittings of 2016, but other aspects including the new pricing and single licensing system arrangements aren’t expected to be implemented until mid-2017.

Draft versions of the legislative changes will be developed following consultations with stakeholders. But the telecommunications industry has already expressed support for the legislative overhaul.

Communications Alliance, the peak body representing Australia’s telecom industry, has welcomed the government’s decision to implement the recommendations of the review.

“Communications Alliance and its members look forward to working with government on the detail and implementation of the reform agenda, to help ensure that the new framework can be rolled out from mid-2017,” CEO John Stanton commented.

He said the industry agreed that Australia’s spectrum policy is in major need of reform to reduce the regulatory burden on spectrum users.

The Australian Communications and Media Authority, which co-authored the review, has also welcomed the decision.

“This is a win for industry and consumers,” ACMA Deputy Chairman Richard Bean said. “It provides a more responsive regulatory regime — rather than black letter law — that will take away unnecessary barriers, reducing delays and costs of getting new technologies to the market.”

He said the streamlined legislation will allow ACMA to respond more rapidly to technological advances and will also provide the regulator with a wider range of compliance tools to wield on companies breaching regulations.