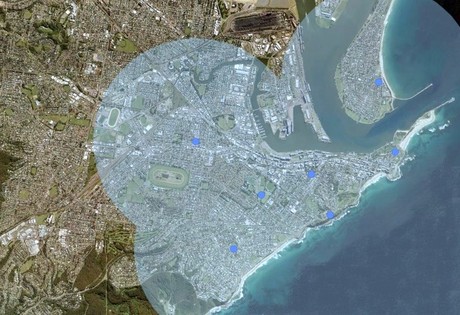 The City Of Newcastle has commenced the rollout of a carrier-grade long-range wide area network (LoRaWAN) to support the operation of millions of IoT sensors across the city.

The first of seven sensor gateways planned for the new network has been installed at National Park.

Applications will include smart parking spaces for motorists, better integrated transport services and smart bins that signal when they need to be collected, helping the council better manage park and recreational facilities and collecting analytics data for businesses.

LoRaWAN provider National Narrowband Network Co (NNNCo) has been selected to install the network based on its proven track record of successful deployments. “A smart city needs a carrier-grade network that, as well as supporting community groups, is designed from the beginning for business-case driven IoT solutions that add value to the city and create a sustainable business model,” Newcastle Smart City Coordinator Nathaniel Bavinton said.

“NNNCo has proven its ability to deliver through successful LoRaWAN deployments in Australia and we look forward to a close partnership with them.”

The rollout of the LoRaWAN network forms part of the $17.8 million Hunter Innovation Project, a joint initiative of the council, the University of Newcastle, Newcastle Now and Hunter DiGiT, which is being co-funded by the NSW Government.

The project also involves the deployment of smart city technology and Wi-Fi throughout the Newcastle CBD by 2019, as well as the establishment of a new innovation hub and digital precinct in the city.

LoRaWAN, also known as low power wide area network technology, is a wireless networking standard designed specifically for IoT sensors and other devices that need less bandwidth than can be provided by traditional mobile networks.