Ailing mobile firm Research In Motion (RIM) has claimed a significant coup after announcing that the US government's Immigration and Customs Enforcement (ICE) organisation will conduct a formal trial of RIM's upcoming BlackBerry 10 operating systems and management environment.

Like many government organisations, ICE and its more than 20,000 employees have been long-term users of BlackBerry smartphones and accompanying server software, which have long enjoyed government status thanks to their robust security certifications.

Yet in an era where RIM has been bleeding market share to rivals Apple and Samsung – particularly as bring-your-own-device (BYOD) strategies catch hold – many government organisations have been turning away from the platform. 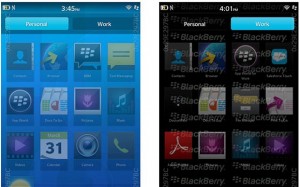 Indeed, in October ICE announced that RIM "can no longer meet the mobile technology needs of the agency" and that, after eight years as a BlackBerry user, it would spend $US2.1m to replace more than 17,000 BlackBerry phones with Apple iPhones. That the organisation has subsequently even agreed to BlackBerry 10 pilot, therefore, is a sign that RIM's new platform may still have some prospects.

Even on a trial basis, signing a banner customer like ICE will provide a significant notch in the belt of RIM, for which BlackBerry 10 represents a make-or-break opportunity to re-establish its once indomitable position in the smartphone market.

Government clients will play an important part of the company's comeback, since they have traditionally warmed to its security credentials. The operating system's built-in encryption capabilities recently received FIPS 140-2 certification, which allows it to be used within US government organisations, despite still being months off its 30 January 2013 release.

BlackBerry 10 includes a number of novel security features including hard-coded Personal and Work environments, which can each be managed separately to preserve both user independence and workplace application control.

Backed by the BlackBerry Enterprise Service 10 mobile device management (MDM) solution, the new platform's success in trials at ICE and elsewhere will be closely watched by potential government customers here and abroad."Our commitment to government agencies has influenced the development of the BlackBerry 10 platform," RIM senior vice president for BlackBerry Security Scott Totzke said in a statement.