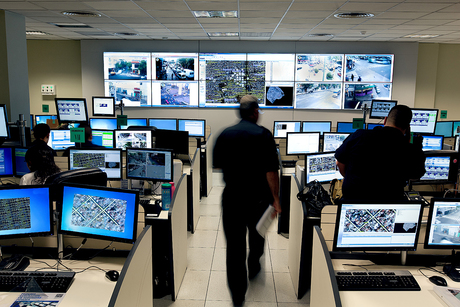 As a speeding car passes a police officer sitting in a parked police vehicle, automatic number plate recognition (ANPR) technology scans the number plate against a database ‘hot list’, providing instant recognition that the car is registered to a known offender. The officer takes off in pursuit, activating in-car video recording by switching on the vehicle’s lights and sirens. The police vehicle’s mobile data terminal (MDT) also delivers the speeding driver’s details and previous offences, giving the officer greater awareness of potential risks before the driver is pulled over. The officer books the driver, making the operation a success both for its efficiency and the information delivered to help keep the officer safe.

This scenario may sound familiar; ANPR and mobile data technology are readily available today and are used by many public safety organisations to increase their operational efficiency. This includes Victoria Police through its program BlueNet, which has put six video-enabled vehicles on the road to proactively target disqualified drivers and make the state’s roads safer.

Through rapid advances in technology, we can imagine a world in which the ‘Internet of Public Safety Things’ could play a larger role in a situation such as this. For example, imagine if the personal devices worn by the officer were continually and automatically sending information about what the officer is dealing with back to his or her colleagues in the field and to the incident control room.

Imagine if information about potential dangers sensed by the officer when approaching the speeding driver could be relayed back to the control room. Vital clues from a biometric device registering changes in the officer’s heart rate and body temperature could raise an alert that something isn’t right. What if the officer felt threatened by the driver and chose to draw his or her weapon? What if the driver decided to flee the scene on foot to a nearby shopping precinct?

These are among many possibilities an officer can face in a typical day’s work. Yet when it comes to sharing information as it happens, most public safety agencies today still rely on voice radios, smartphones or other devices to communicate, rather than devices that can do the work for them without human intervention.

The role of ‘context-aware technology’ in this scenario might sound simple, but technology that helps officers work more efficiently and safely will make a fundamental difference in today’s public safety environment, which is growing more complex even as pressure on public safety costs and resources continues to grow.  A major key to relieving those pressures comes through making better use of the masses of data already available within our cities to deliver better frontline operational outcomes, so that public safety officials can predict and plan for what’s next.

Context-aware is defined by Gartner as “when situational and environmental information about people, places and things is used to anticipate immediate needs and proactively offer enriched, situation-aware and usable content, functions and experiences”. In public safety, this means tapping into rich information sources in the field so that vital information can be shared between the officer and the command centre, giving both parties greater awareness of what is happening at all times. The nirvana point for context-aware technology solutions is about all public safety technology users having access to relevant, timely information that is easy to access so that they can make better and faster decisions to keep our communities safe.

With that in mind, let’s revisit the aforementioned scenario. This time when ANPR data is obtained through a hit on the speeding vehicle’s number plate it is automatically coupled with metadata — including incident location and radar information, which is matched with records information from the police agency’s computer-aided dispatch system. 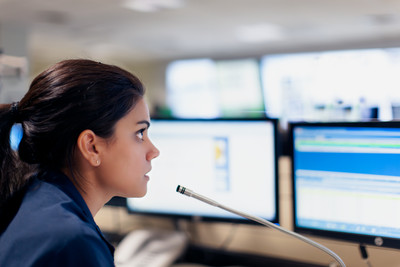 Location look-ups are automated to provide information about past incidents at the location — for example, if the officer is near a dangerous location such as a suspected drug lab. ‘Geo-fencing’ is also applied to create a virtual perimeter around the officer for rapid identification of resources and increased safety. When the officer leaves the car, information from the vehicle’s data terminal instantly replicates to the officer’s personal mobile device. Trigger events — for example, the unclipping of the officer’s firearm holster — would immediately alert the command centre the officer may be in danger. For a better look at what she or he is facing, control room workers could tap into real-time video feeds from the officer’s in-car video system, body worn camera and other nearby information sources, such as a CCTV camera in the street, providing an overall view of local resources the officer could use to manage the incident. Sensors will indicate whether the officer has left the vehicle and automatically lock the in-vehicle terminal and any other devices to prohibit unauthorised access.

All of these information sources can have their greatest effect on public safety when they are filtered, analysed and delivered to officers in the field in a way that enables them to keep their hands free and their eyes and ears attuned to the incidents as they unfold.

There’s much in store for the future of public safety, especially when it comes to further leveraging the Internet of Public Safety Things to provide a comprehensive, 360-degree view of any situation.

In the not-too-distant future, the officer’s personal device would not only detect whether he or she has left the vehicle but would automatically change to an appropriate mode — for example, adapting to when the officer is on patrol or chasing a suspect on foot (at which time voice and video recording on the officer’s device could be automatically triggered). If sophisticated data analytics indicated the officer was in a high-risk environment, his or her devices could automatically gain access to a cellular network by removing other, non-essential commercial traffic. Smart glasses and/or body worn video cameras would instantly send images or high-resolution video back to base. Video analytics, including facial recognition software, could inform the command centre if the officer sees a dangerous suspect, enabling them to send back-up.

These concepts can be applied to a number of situations faced by any emergency service organisation. For example, sensors could sound an alarm when unauthorised access has been gained to a drug fridge in an ambulance, while wearable sensors monitoring air composition or radiant heat could alert a firefighter to potential hazards before entering a dangerous area.

In summary, context-aware applications enable officers to understand what’s happening, before decisions are made on how best to manage any event. It all comes down to officers having more essential information when and where they need it most, so they can continue to manage community safety without having to worry about technology.