The backbone of digital policing 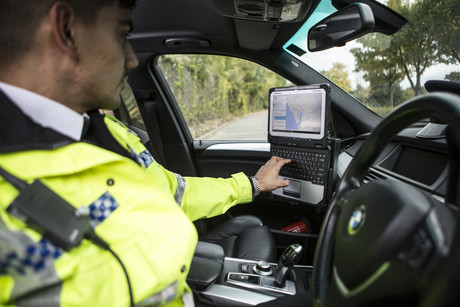 South Australia Police (SAPOL) has pioneered many innovations in police work, and its use of technology is no exception. Its vision for modern digital policing enables officers to complete all of their paperwork from anywhere in the field; carry technology directly to the scene of an incident for tasks, such as capturing statements; spend more time in the field; and apply a host of forward-thinking technologies to carry out their duties.

Mobile Performance Management Software from NetMotion and local solution provider Advanced Mobile IT (AMIT) is providing the essential foundation for that vision.

An office on the beat

SAPOL’s Mobile Rugged Tablet project is expanding the service’s mobility strategy, providing technology that meets the needs of an agile, responsive police service moving into a modern digital age. To supply essential technology for the project, SAPOL turned to AMIT.

“Their goal was to do away with officers carrying paper-based notebooks for recording notes and capturing statements, then having to go back to the station and type it all up,” said AMIT Business Development Manager Nicholas Cizauskas.

Providing officers with an ‘office away from the office’ enables them to take the device directly to the scene, capture statements, search for and access any data required, write the report, and if necessary, finish it up in the car between shifts.

Time that had been spent typing in the stations is instead spent doing policing work in the community.

SAPOL quickly found that its existing VPN solution could not satisfy all scenarios.

“They had created multiple edge cases,” said Cizauskas. “Removing the device from the car, connecting it to the cellular network, putting it in a hardwired dock. When the device switched between networks, applications lost their handshake with the back-end system.”

Most critically, there was no notification to the officers in the car or the staff in the communications centre that they had lost the ability to exchange messages. To SAPOL, that level of risk was simply unacceptable.

Cizauskas and AMIT advised them to try NetMotion. “We provided them a trial licence and helped them set up the pilot,” he recalled. “After testing it through all their scenarios, they told us, ‘That’s it! This is going to hit it.’”

A world of new technologies

SAPOL found that with NetMotion providing a reliable network layer, it could evolve its devices to better service the frontline by opening up an ecosystem of new applications. The application suite comprises the entire office suite, as well as access to back-end systems and to the intranet. The latter enables officers to look up general orders and standard operating procedures, and download standard templates for forms.

This in turn opened up many new efficiencies. For example, the building access card for the SAPOL offices includes a printer access code. This facilitated a pilot program where officers securely access printing functions using the mobile rugged tablet while on the road, then go to the office and use their card to collect their printing.

Having NetMotion in place also allows SAPOL to pursue new initiatives. “They’re looking into signature capture, and integrating body-worn video with the tablets,” said Cizauskas. “With NetMotion in place, that provides the backbone for all the new technologies.”

SAPOL has eight different types of patrol vehicles in the fleet. “All of them are equipped with mobile devices running NetMotion,” said Cizauskas. “That includes four-wheel drive vehicles for the remote areas. The helicopter has a rugged tablet with an extendable touchscreen.

“We’re furnishing executives and senior officers with enterprise-class tablets. They’ll all be running NetMotion because the leadership knows the product is so reliable.”

SAPOL is also taking advantage of NetMotion’s data-gathering capabilities. Dashboards with indicators show if a device is truly being used in a mobile manner or just sitting in an office, or whether it isn’t being turned on at all.

Coverage maps have also proved invaluable, as in the example of one user who had having trouble getting connectivity at home. The maps revealed that he was in an area that showed absolutely red, with no coverage at all. “Without the data, the SAPOL technical staff would have had to commit all sorts of effort and resources,” declared Cizauskas. “As a solution provider, it’s great when we can deliver a product that can pay for itself.”

How does a public agency justify the expense, especially when there’s an extant product in place? The key is a successful trial and a compelling business case. The SAPOL team took the product and device to the frontline officers, while keeping senior staff in the loop. Knowing that the frontline officers were happy with the product made the superintendent, CIO and CTO happy with it as well.

To build the business case, the SAPOL product manager confirmed the results of the trial in writing, and also presented a matrix that covered the various usage scenarios and how the previous solution and the new NetMotion satisfied them. Only NetMotion covered them all. Then it was simply a matter of formalising the approval in a proposal to the commissioner for sign-off.

The pay-off has been more police presence in the field. SAPOL had conservatively estimated saving 15 minutes per officer per shift. “In reality, they’ve told me it’s as much as two hours,” said Cizauskas.

“Thanks to NetMotion and the other products we have furnished, we are able to facilitate SAPOL’s mobility strategy. It gives their officers more presence in the field, out in the public, using the latest technology.”