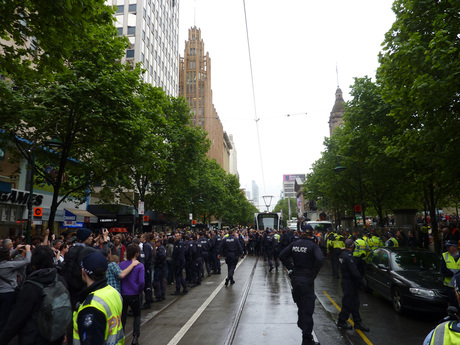 For the first time in Western Australia, the state government has equipped police with body-worn video cameras in a trial to help reduce assaults on officers and increase early guilty pleas.

Deputy Premier and Police Minister Liza Harvey said it was anticipated the camera footage would play an important role in the fight against crime and could be used to conduct interviews on the frontline, potentially freeing up courts with early guilty pleas.

“Our police officers do an exceptional and challenging job and we will be examining if the body-worn video contributes to early guilty pleas and helps to reduce assaults on officers,” said Harvey.

“We will also look at whether the cameras reduce complaints against police.

“Body-worn video can also provide greater credibility for police and result in calmer interactions between police and offenders as they both know they are being filmed.”

Approximately 300 cameras will be deployed to officers during the trial, which will be conducted in the Perth metropolitan area and Bunbury.

This initiative is in line with other states who have conducted similar police trials, including Victoria in 2013 and NSW and the Northern Territory in 2014.

Image courtesy of concernedcitizen1 under CC-BY-2.0