Waverley gets a handle on mobile costs

Security isn't the only enemy of the mobile-enabled government department: as every private and public organisation knows, mobile phone bills can quickly become a major expense. But without an easy way to sort through hundreds of phone bills each month, there’s been little to do but pay the bill and move on. A more proactive approach to mobile bill management has helped NSW’s Waverley Council get its bills under control by giving it ongoing visibility into the charges its 165 mobile-wielding employees rack up every month. This information has helped the council improve staff education about call costs, and implement a new personal-calls policy that helps it recover baseline call expenses from each employee. 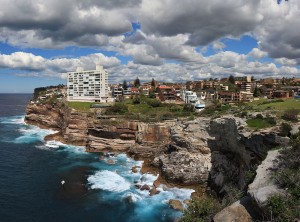 Some time ago, the eastern-Sydney council implemented Stratel’s Telecom Expense Management (TEM) platform, to which it feeds the electronic call statements the council receives each money from preferred carrier Vodafone. TEM offers a Web interface through which employees can go through their bills and mark which of the calls they made were to personal numbers. The system remembers the annotations from one bill to the next, so employees only have to enter the details. Over time, TEM has been able to give the council's financial officers a good picture of the normal calling activity on council-owned mobiles – as well as identifying outliers such as calls to expensive 1300 and 1900 numbers, or Telstra’s 1234 information service. “When you receive a phone bill from your carrier, it’s normally a paper based system and you can’t do true analysis of what the usage is,” explains Ian Mead, the council’s divisional manager of finance and information systems and services. “I know some organisations make people go through the bill and reimburse phone calls, but the administration behind that, and going through invoices to identify individual calls, is just crazy. If you’re paying someone $40 an hour and it takes an hour to identify $10 worth of personal calls, that doesn’t add up.” TEM has proved invaluable in helping finance officers point out problematic calling patterns to employees, who often aren’t aware of the costs of their calls and are quite happy to rein in their habits. Over time, Mead says, bills have gone down enough to more than pay for the TEM solution. The strategy has also helped the council implement a new form of call chargeback: instead of identifying and paying for individual calls, employees are invited to nominate a regular monthly contribution towards their phone bills. These contributions – which are based on rolling averages derived from the TEM system’s analysis – are automatically deducted from employees’ payroll, with regular reviews through TEM ensuring that they’re still appropriate based on ongoing calling patterns. This change in strategy has shifted TEM from being an information-extraction tool, to being a policy compliance and monitoring tool. It’s an important shift, says Mead, that has turned mobile call reconciliation into a transparent and accepted part of having the use of a council mobile. “It’s really about trying to change people’s behaviour,” he explains. “Rather than telling employees that we’re monitoring every one of their calls, generally we’re just trying to see what kind of behaviour people are exhibiting, and to see what is personal and what is not." "You can get a pretty good idea of usage from one person to the next, and we’ve been able to get a good handle on it, without getting people to go through religiously and mark up every one of their individual calls.” – David Braue This case study was originally published in Government Technology Review.
Related Articles