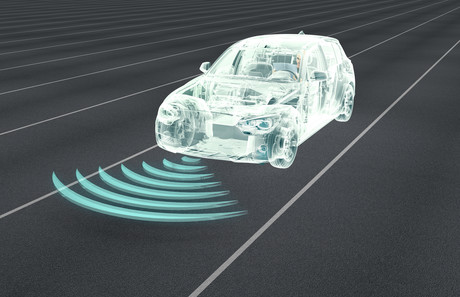 With Melbourne's population increasing by 50% over the next 20 years, new technologies such as automated vehicles have the capacity to increase mobility and convenience.

However, if driverless vehicles are not properly regulated and managed, negative impacts such as increased traffic congestion, reduced urban amenity and data security concerns may outweigh the benefits.

The City of Melbourne has released an Emerging Technology transport discussion paper which explores the opportunities and potential problems associated with a driverless future.

The City of Melbourne will consider emerging technology in its Transport Strategy to 2050, and expects new regulations will be needed to capture the benefits and mitigate the negative outcomes of automated transport.

Chair of the Transport portfolio Councillor Nicolas Frances Gilley said driverless cars will need to be integrated into the public transport system, rather than compete with it.

"Driverless cars circulating the central city, delivery drones flying overhead while their robot counterparts zoom past along footpaths — this kind of future isn't hard to imagine," he said.

"In this future, if people choose to abandon public transport to get to work in a driverless car, which then circulates the city empty, our problems with congestion will only get worse. This has already been seen with the emergence of rideshare technology.

"In New York half of all rideshare trips are new journeys or would previously have been made by public transport, walking or cycling. Now these people are using Uber and other apps to get around, the congestion from which reduces urban amenity, air quality, health outcomes and social interaction."

The Emerging Technology discussion paper explores how an integrated mobility platform pioneered in Finland could be adopted in Melbourne. It also looks at the potential for data security risks and privacy issues.

"We need to harness the possibility of new technology while remaining a city which works for people," Frances Gilley said.

"New and emerging technologies provide both opportunities and challenges for our future city, so we are seeking feedback on a number of scenarios, such as 'what if empty driverless cars paid a fee to use the road, preventing increased congestion?'

"It's currently Melbourne Knowledge Week 2018, which is the perfect time to explore emerging technology and consider how it might impact us. We're inviting people to give us feedback in person at our Transport Strategy Refresh pop-up, as part of the Prototype Street event on the corner of Cardigan Street and Argyle Place, Carlton."

Prototype Street is an opportunity to learn about some of the technologies that will contribute to the streets of the future, and get up close and personal with emerging technology like drones, innovative forms of water treatment and waste management, and data privacy.

The community can also submit opinions, ideas and feedback via City of Melbourne's Transport Strategy Refresh Participate website. Additional discussion papers will be released over the next two months.