Every frontline WA Police officer getting an iPhone 11 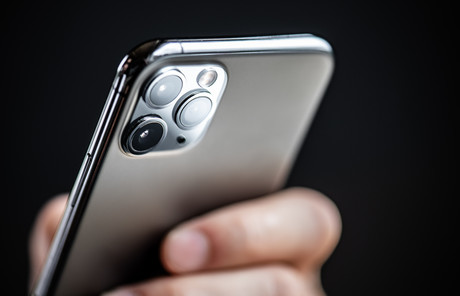 The first 60 of nearly 4000 iPhone 11s were issued to officers last week, and a further 3000 will be delivered by Christmas.

The phones are preinstalled with apps allowing access to crucial WA Police Force functions, such as the ability to perform identity checks, search the police database, capture evidence and report crimes.

Each device is also fitted with a duress function designed to communicate an alert to the State Operations Command Centre that includes the officer's location.

Other apps are in development that will allow for tasks such as taking statements in the field and eventually writing and posting traffic infringements with the touch of a button.

WA Police Minister Michelle Roberts said the investment, which forms part of the state government's more than $90 million investment in cutting-edge police force technology, will allow officers to spend less time returning to the station and thus spend more time in the field.

"The McGowan government is delivering a raft of digital initiatives to modernise our frontline capabilities and provide a contemporary Police Force," she said.

"These devices will ensure our officers have fast access to information and intelligence in the field, and support them to do their jobs more effectively."

"We are very excited to partner with the WA Police Force to help them transform policing in Western Australia," Telstra Enterprise Head of State WA Malcolm De Silva said.

"With the application of leading-edge technology and the power of the Telstra network, WA police officers on the job can now access the information they need to better protect the community as well as boost officer safety."