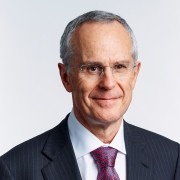 The entry of new mobile and fixed broadband competitors into Australia’s telecoms market is an encouraging sign that competition in the sector is healthy, according to ACCC Chairman Rod Sims.

In an address to the Communications Day Unwired Revolution Conference in Sydney, Sims said the arrival of new entrants competing on cost, coverage, technology and coverage can only be a good thing for consumers.

“The introduction of a fourth mobile participant, TPG, and a fifth fixed broadband competitor, Vodafone, is to be welcomed, encouraged and, as much as possible, retained over the longer term. Indeed, I am of the view that there is increasing room for a fourth player in the mobile network market,” Sims said.

TPG is investing $2 billion to deploy a mobile network covering 80% of the Australian population. The company spent $1.26 billion to acquire 20 MHz of 700 MHz spectrum during a digital dividend auction earlier this year and plans to spend a further $600 million to roll out a network over the next three years. The company expects to break even on EBITDA at around 500,000 subscribers.

Vodafone meanwhile announced in October last year that it will launch fixed broadband services over the nbn later this year.

“In a dynamic market, a network provider may have superior coverage or technology that gives it a competitive advantage over its rivals. But this is in constant flux and network operators must engage in competition by investing in network expansion and technologies, as well as content,” Sims said.

“The move to the nbn and the way in which nbn technologies work mean retailers need to dramatically rethink the way they talk about typical speeds and ensure consumers are presented with the information they need,” he said.

“We want to see consumers presented with information based on the realistic speeds they can expect to experience, particularly during busy periods, not best-case scenarios.”

The monitoring program will involve installing a network of monitoring devices in the households of around 4000 volunteer nbn subscribers to gather information about typical nbn performance in a given area at various times of day.

“We are concerned that the uncertainty generated by the CVC charging structure is having an effect on competition in the emerging nbn market. We will have to look closely at our regulatory options if the industry can’t resolve this uncertainty,” he said.

“One issue we are starting to look at closely is whether there are any terms in the wholesale contracts between nbn and retail service providers that are impeding consumers from obtaining redress in the event of nbn-caused connection and service faults.”