Increased use of biometrics technologies will play a key role in the technologically-supported effort to improve Australia's border security as the newly merged Customs and Immigration departments tap into the technology to realised savings outlined in the recent federal Budget.

With estimated savings of $480m from merging the two massive organisations, both departments will be looking to new technologies to reduce costs and improve security.

With government minister for immigration and border protection Scott Morrison set to headline the upcoming Biometrics Institute Asia-Pacific Conference next week, the role of biometrics in delivering these efficiencies may soon be better understood. 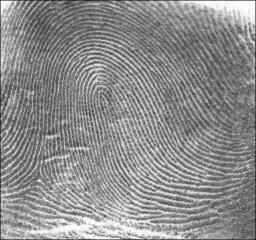 Morrison is expected to outline the government's views on the use of biometrics in improving border security, supporting a range of systems at the 'super agency' that are anticipated to deliver new efficiencies to the process of border protection.

A global concern, the Biometrics Institute maintains offices in London and Sydney and runs networking meetings and training courses in Australia, New Zealand, the UK, Belgium, Singapore and the US. Its constituency of over 130 member organisations is heavily skewed towards Australia, where 50 percent of its members reside.

Its latest annual Industry Survey (currently soliciting comment for its 2014 update) found strong interest in biometrics usage amongst members, with fingerprint recognition overtaking facial recognition in 2013 as the area most respondents are interested in. Iris recognition was third.

Technology advances and large-scale national ID deployments were also highly referenced, although with less frequency than in previous surveys.

The 2013 survey was also notable because it saw border security (which was named as the most-expected technology to be implemented by 11 percent of respondents) lose its long-running primacy to the use of biometrics in smartphones and mobile devices (20 percent). Government and public-sector agencies comprised 44 percent of respondents.

Other organisations presenting at the conference include the US FBI, New Zealand Immigration, South Australia Police, Queensland Police, and Australian Taxation Office – reflecting the broad interest in biometric technologies across different spheres of government services.