BlackBerry 10 gets govt security clearance... before its release

Research In Motion's (RIM's) BlackBerry 10 operating system, a significantly revamped platform that forms a core element of the troubled company's attempt at a turnaround, has been cleared for the handling of sensitive information even before its long-awaited worldwide launch.

Due to appear on devices in the first quarter of 2013, BlackBerry 10 has received FIPS 140-2 certification – a cryptographic certification standard established and maintained by the US-based National Institute of Standards and Technology (NIST) – that certifies its suitability for the handling of secure information to many government requirements. 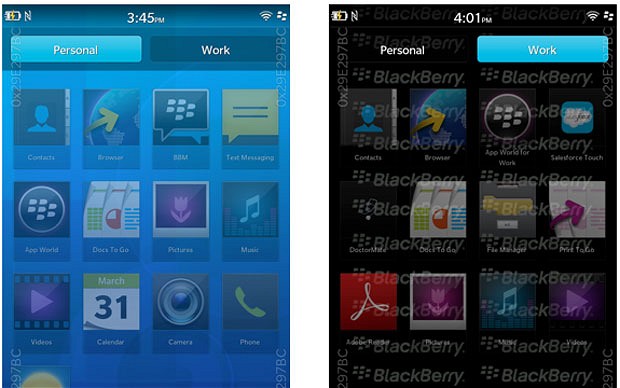 RIM hopes BlackBerry 10 will help administrators regain control of BYOD strategies by forcing a hard separation between work and play.

The BlackBerry platform incorporates 256-bit AES encryption and has a long history of acceptance at government levels, although this is becoming a challenge for IT administrators as users and departments progressively abandon BlackBerry devices in favour of modern devices like Apple's iPhone 5 and Samsung's Galaxy S III.

Users are hastening this trend, often bypassing IT department controls to use their own mobile devices at work.

RIM's BlackBerry Enterprise Solution has been recognised with Common Criteria Certification and was the first to receive approval through the CESG Assisted Product Scheme. The platform was also certified as being the least expensive to run when configured to UK government-level IL2 security standards.

Current BlackBerry OS 7 based smartphones have been given EAL 4+ security clearance through the Common Criteria program, and were recently certified by Australia's Defence Signals Directorate (DSD) for use with information classified up to RESTRICTED level.

The fact that the BlackBerry 10 platform is not yet available for sale hasn't deterred the company from lauding its merits: director of security certifications David MacFarlane, for one, was talking up the government opportunities the new certification provides.

"Achieving FIPS certification for an entirely new platform in a very short period of time, and before launch, is quite remarkable and a testament to the dedication of our security team," MacFarlane said in a statement. "BlackBerry 10 will deliver security, a superior user experience, the ability to separately manage corporate and personal data on the same device, and ease of manageability for IT managers in an enterprise or government environment."

Whether or not that matters will become clear as the new BlackBerry phones hit the market. But for government bodies still wedded to RIM's platform for issues of security, the new operating system may mark an important new option in the battle to retain control of sensitive information in the face of an assault by the forces of consumerisation. – David Braue

The November issue of GTR, out soon, is devoted to the challenges of mobility, BYOD programs and the security issues they raise.