Government ramps up war on encryption 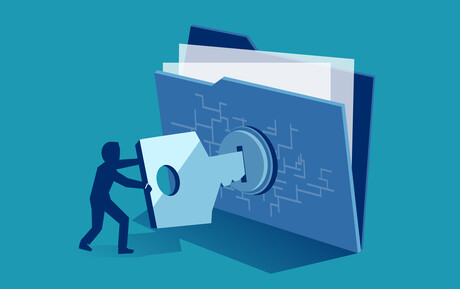 The Australian Government is continuing its campaign against encryption technology when it limits the ability of law enforcement agencies to investigate serious crimes.

Minister for Home Affairs Peter Dutton has signed on to an international statement calling on technology companies to find solutions to enable law enforcement agencies to access encrypted content where an authorisation is lawfully issued.

The statement — which was also signed by the governments of the UK, US, New Zealand, Canada, India and Japan — also calls on technology companies to engage in consultation with governments to facilitate legal access to encrypted content.

Technology companies have also been asked to embed functions allowing them to act against illegal content and activity effectively with no reduction to safety.

Australia’s participation in the statement follows the government’s introduction of controversial legislation granting the government powers to compel technology companies to facilitate access to encrypted content by law enforcement and intelligence agencies.

But the statement asserts that the signatories “do not support counter-productive and dangerous approaches that would materially weaken or limit security systems”.

It goes on to say that “particular implementations of encryption technology, however, pose significant challenges to public safety, including to highly vulnerable members of our societies like sexually exploited children. We urge industry to address our serious concerns where encryption is applied in a way that wholly precludes any legal access to content.”

Many in the industry have insisted that any efforts to facilitate access to encrypted content by unintended viewers of the content will have the effect of fundamentally weakening encryption, exposing legitimate users to a host of privacy and security concerns.

“However, we challenge the assertion that public safety cannot be protected without compromising privacy or cyber security,” the statement reads.

“We strongly believe that approaches protecting each of these important values are possible and strive to work with industry to collaborate on mutually agreeable solutions.”

The statement could have far ranging implications, because while it focuses on end-to-end encryption, the statement asserts that the principles apply “across the range of encrypted services available, including device encryption, custom encrypted applications and encryption across integrated platforms”.

The US Cybersecurity and Infrastructure Security Agency's National Risk Management Center has...

US President-elect Joe Biden has announced US$9bn in funding for an initiative aimed at improving...