Fallout continues as world economies weigh their response to a US congressional investigation that has blacklisted Chinese equipment vendors Huawei and ZTE on the grounds that they represent a security risk.

The determination, handed down in a recent report by the House Permanent Select Committee on Intelligence, has said that the two companies "cannot be trusted" for critical infrastructure systems given their relationships with the Chinese government.

"We have serious concerns about Huawei and ZTE, and their connection to the communist government of China," committee chairman Mike Rogers said. "China is known to be the major perpetrator of cyber espionage, and Huawei and ZTE failed to alleviate serious concerns throughout this important investigation….We warn US government  agencies and companies considering using Huawei and ZTE equipment in their networks to take into account the affect [sic] if [sic] could have on our national security." 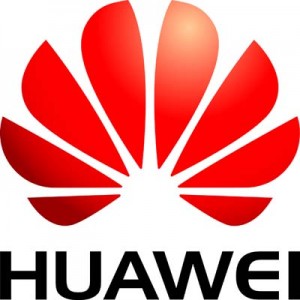 Private enterprises are encouraged to use alternative suppliers, and the report recommends that US government systems exclude components from Huawei or ZTE.

The findings would seem to exonerate the controversial determination, made earlier this year, that Huawei would be banned from supplying equipment for the government's national broadband network (NBN).

Huawei has pushed hard into the Australian market in recent years and was hoping to use its credentials in similar deployments overseas to secure a chunk of the $35.9 billion cost of that project. The issue became political after opposition communications minister Malcolm Turnbull said he would reassess the ban if the Coalition wins the next federal election – but recently became a source of embarrassment after Turnbull, who had previously claimed to have never been briefed on the reasons for the ban, admitted he had in fact attended an ASIO briefing on the matter.

Meanwhile, both companies have reacted with anger to the US Congressional report, which contains five recommendations:

A number of countries have moved to review their commitment to the two companies' products. Even as New Zealand's government defends its use of Huawei equipment for the country's Ultra-Fast Broadband (UFB) project, the Green Party of New Zealand has called for a review of all the government's commitments.

A former security advisor at now-defunct networking provider Nortel warned that Huawei had aggressively hacked the company, which was based in Canada – which is now considering a similar ban on Huawei equipment in government contracts.

Meanwhile, the UK government has moved quickly to evaluate the long relationship between BT and Huawei, which has supplied the UK telecommunications giant since winning its first major contract in 2005. Huawei recently secured a leading role in the country's major super-fast broadband project, due to reach two-thirds of homes and offices by 2015.