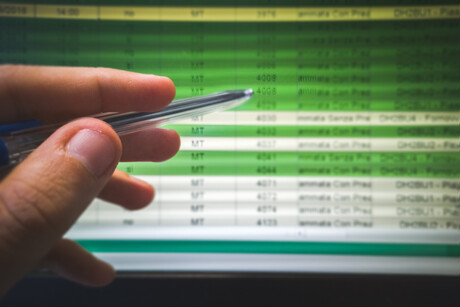 Public Health England has blamed a technical gaffe traced to potentially outdated Microsoft Excel spreadsheets on a debacle which led to 48,000 people failing to be told to self-isolate after having close contact with patients testing positive to COVID-19.

The failure of the contact tracing system led to nearly 16,000 COVID-19 positive patients not being included in the daily reported cases.

According to an advisory, over 75% of these cases should have been reported between 30 September and 2 October.

While in all of the excluded cases, people received their test result as normal and were told to self-isolate, the cases were not transferred to the contact tracing system until 3 October, after the gaffe had been discovered.

Labour Health spokesman Jonathan Ashworth has estimated that at least 48,000 people should have been contacted last week and told to self-isolate if the positive tests had been referred to the contact tracing system as intended.

"Thousands of people blissfully unaware they have been exposed to COVID, potentially spreading this deadly virus at a time when hospital admissions are increasing and we are in a second wave," he said in a statement.

"This isn't just a shambles. It is so much worse than that. It gives me no comfort to say it, but it's putting lives at risk."

Public Health England's advisory blamed the mistake on a "technical issue ... caused by the fact that some files containing positive test results exceeded the maximum file size that takes these data files and loads then into central systems".

Excel has a limit of one million rows, with some older versions limited to around 65,000 rows. But Public Health England has not disclosed which version it was using.

The advisory states that a mitigation has been put in place that splits large files, and a full end-to-end review of all systems has also been instigated to mitigate the risk of this happening again.

But the disclosure has led to questions about why government authorities are storing critical health data in Excel spreadsheets to begin with.