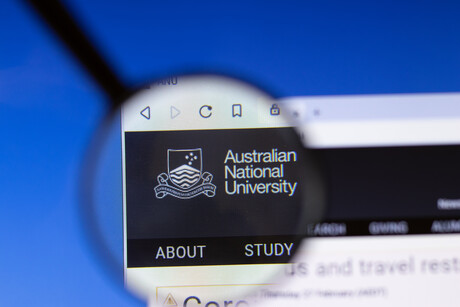 Two leading Australian national security and intelligence experts, Dr Heather Smith and Major General Duncan Lewis, have been appointed to academic roles in the Australian National University (ANU) National Security College. Dr Smith, who served as Secretary of the Department of Industry, Innovation and Science from 2017 to 2020, will join NSC as a Professor and work on the relationship between geo-economics and security. Major General Lewis, who led the Australian Security Intelligence Organisation (ASIO) from 2014 to 2019, has joined as a Professor in the Practice of National Security.

NSC Head Professor Rory Medcalf welcomed the appointments, adding that they are a clear signal of the growing role of the College and ANU in informing policy debate about Australia’s future.

“These are two of the most respected and experienced leaders in this country's policy community, and will be exceptional mentors to our students,” Professor Medcalf said.

Dr Smith combines academic depth as an economist with experience of the national security community, including as a Commonwealth Secretary and in senior intelligence and foreign policy rules. Professor Medcalf stated that Dr Smith’s appointment will reinforce ANU’s position as a centre of gravity in understanding the rising challenge of the use of economic weight for strategic leverage.

“Australia’s capacity to project power and influence are heavily impacted by the interaction of domestic economic success and far-sighted international engagement. If either is given too little attention, we run the risk of confronting emerging challenges for which we are either not prepared or for which we lack the capability to respond. I will be seeking to bring together these economic and strategic dimensions to help the next generation of public and private sector leaders navigate Australia’s place in the world in an era of unprecedented strategic rivalry. This period of great uncertainty could unfold in many ways. Perhaps the best we can hope for is an era of competitive coexistence,” Dr Smith said.

Professor Medcalf said Major General Lewis was the national security adviser behind the establishment of the College and played a key part in shaping the institution as a national asset. “The breadth of his career, including as Director General of ASIO, gives him an acute awareness of Australia’s changing security environment and our options to manage it,” Professor Medcalf said.

Major General Lewis has a 47-year career with the Australian Government, and will work to enhance the strong ties between NSC and government practitioners and experts. Major General Lewis will take up the position of Professor of Practice at the ANU National Security College, contributing to the development of present and future strategic leaders in the field of national security.

“I was proud to have been involved in the founding of the National Security College more than a decade ago. Since that time, I have been impressed with the way in which the College and ANU have contributed to national security scholarship and thought on policy development. The work of the College is now a significant part of Australia’s national security capability,” Major General Lewis said.

Vice-Chancellor Professor Brian Schmidt said the two new academic appointments will help ANU fulfil its mission to improve the lives of all Australians.

“Both Duncan and Heather bring a wealth of expertise and knowledge when it comes to national security and intelligence. They have both been at the frontline of keeping Australia safe and secure in a world defined by increased and more complex threats. I am delighted that both have agreed to join NSC and ANU and look forward to seeing how they drive our vital work in this ever increasingly important domain,” Professor Schmidt said.

Established in 2009, the National Security College makes a major contribution to the development of the nation’s security and policy workforce. This includes short courses for government officials, master’s and PhD degree programs, futures analysis, policy publications, outreach and dialogue.