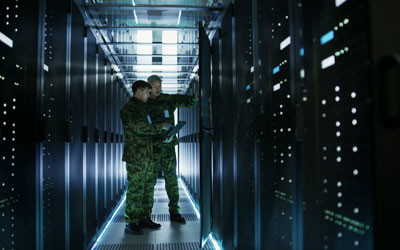 The Australian Signals Directorate (ASD) has mobilised its offensive cyber capabilities to disrupt offshore cybercriminals seeking to take advantage of the COVID-19 crisis to prey on Australian consumers and businesses.

The intelligence agency has already disrupted activities from some foreign criminals by disabling their infrastructure and blocking their access to compromised information, according to Minister for Defence Linda Reynolds.

She said the successful campaigns demonstrate that “cybercriminals that are using the cover of cyberspace and international borders to target Australians are not beyond our reach”.

According to Reynolds, there have been a number of efforts by foreign cybercriminals to exploit the confusion and concern resulting from the pandemic.

“Some of these cybercriminals have even posed as health officials in an attempt to exploit vulnerable Australians, by infecting their computers with malware and stealing their private information,” she said.

ASD Director-General Rachel Noble said the agency’s offensive cyber campaign has only just begun. “We will continue to strike back at these cybercriminals operating offshore as they attempt to steal money and data from Australians,” she said.

The ASD’s Australian Cyber Security Centre (ACSC) is also working closely with telecommunications operators to block access to and assist with the takedown of malicious websites.

The agency is also working with Google and Microsoft to have websites accessed through their respective web browsers flagged as malicious so web users are warned about the sites before visiting them.

“Close cooperation with telecommunications and IT companies is vital in providing increased protective barriers for Australians from these heartless cybercriminals,” Noble said.