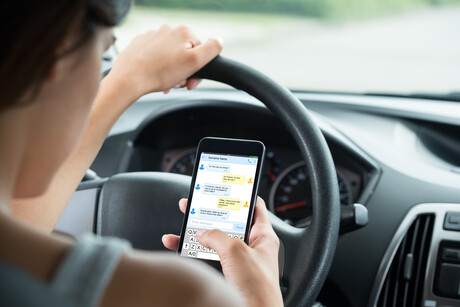 The company scored the prestigious Inspiration Award at the event for its Heads-Up safety solution, which launched in 2018 to drive behavioural change on road networks.

The AI-based system is capable of detecting and responding to breaches such as the use of phones while driving, seatbelt use, speeding, incorrect lane use and unregistered vehicles.

In recognising the solution, the Intertraffic jury said Acusensus’s NSW Heads Up program had been demonstrated to have saved lives since its launch in December 2019. Statistics show a 22% drop in fatalities since the program began, equivalent to saving 93 lives based on past road trends.

Infringements have meanwhile fallen from one in 82 drivers during the program’s initial rollout in 2019 to approximately one in 478 to the end of October 2021.

Acusensus founder and Managing Director Alex Jannink said he was honoured to have received the award on behalf of his company.

“It’s particularly fitting to win the Inspiration Award given I was inspired to start Acusensus after a friend was killed by a distracted driver. I’m proud at how far we have come and how many lives we have saved, but there is still much more that can be done on a global scale,” he said.

“Distracted driving is a universal challenge. One-quarter of crashes involve a distracted driver and 9% of all road fatalities can be attributed to drivers distracted by a mobile phone. Our Heads-Up program has proven we can dramatically reduce those numbers, preventing hundreds of thousands of deaths and road injuries worldwide.”

The Heads-Up system is also in use in Western Australia and Queensland. Acusensus is also working with various traffic authorities over the potential deployment of the technology in the UK, the US, Spain, the Netherlands, Belgium, South Africa and India.