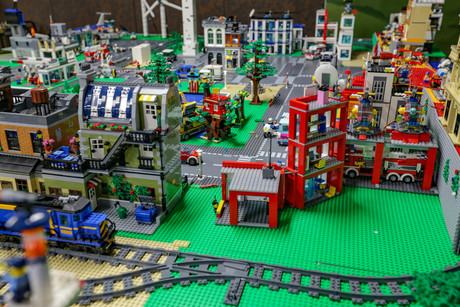 A multidisciplinary team representing the public and private sectors has conquered this year’s Cyber War Games.

The team — made up of players from the Department of Defence, the Department of Home Affairs, Ausgrid, IAG, Transgrid, Vodafone and Woodside — were selected as the games’ champions based on their teamwork, communication, planning, critical thinking and creativity during the ‘gruelling three-day battle’ against fictional city, Shell Cove, according to Australia’s Department of Human Services (DHS), which ran the exercise.

During the games, five teams joined forces to launch a cyber-offensive against Shell Cove, with teams taking it in turns to attack the specially designed ‘cyber range’ linked to a working replica Lego city.

To reinforce the need to work together, teams were told they were really one large team working from different locations. Players then split into groups based on skills and were able to make more progress as an organised unit.

Eventually, they were able to disrupt Shell Cove’s critical infrastructure and ‘wreak havoc’ on the city’s transport, energy, emergency services and finance sectors, according to the DHS.

Australian Minister for Government Services Stuart Robert said the exercise “aims to solidify relationships between cyber experts from government and business that will be essential in the event of a real attack”.

“Australians can have confidence that, in the event of a major cyber attack, the Australian Government and private organisations can work together effectively to stop hackers in their tracks and protect our nation’s critical infrastructure,” he said.

This year’s games attracted 46 players and judges and about 100 spectators, who all came away with a deeper understanding of Australia’s cyber capabilities, the DHS said.