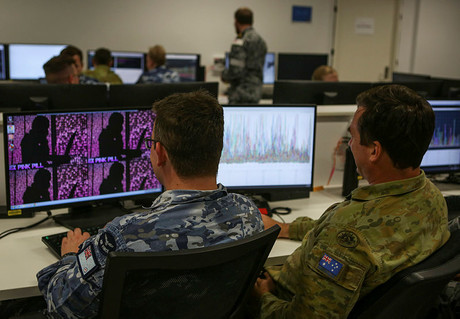 The Royal Australian Air Force has recruited a new cyber warfare workforce that will be tasked with leading teams of technical experts responsible for protecting networks, data and information systems.

The Air Force has recruited the first round of candidates for its two new titles of Cyber Warfare Officer (CWO) and Cyber Warfare Analyst (CWA).

These candidates will begin a six-month training program in February, before taking up their positions primarily at RAAF Base Edinburgh in South Australia.

The RAAF will soon also release expressions of interest for existing service category (SERCAT) ADF officials to transfer into the new CWO and CWA roles.

Wing Commander David Clyde said recruiting the new officers and analysts marks an important step towards ensuring the Air Force is at the cutting edge of cyber defence.

“We’ve been conducting cyber operations for some time, but with the increase of computer and digital communications networks, protecting the airpower mission from cyber adversary attacks has become a critical capability,” he said.

“Our Fifth Gen Air Force is dependent on its networks, data links and information for operational success; therefore, it’s imperative that Air Force’s information, systems and capabilities are protected from cyber attacks or exploitation.”