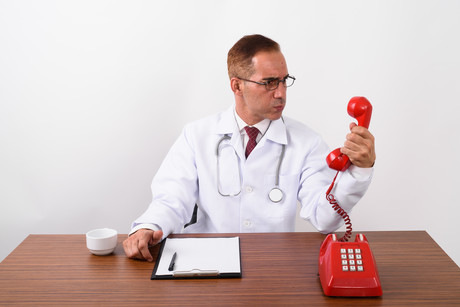 State, territory and federal governments have jointly agreed to implement a mandatory national standard for secure messaging between healthcare providers as part of the National Digital Health Strategy.

The governments have issued a joint statement in support of a consistent, national approach to secure messaging across Australia, agreeing that the standards will be mandatory in future procurement of applicable systems.

The statement was released to industry at a workshop in December attended by over 50 representatives from clinical and secure messaging software suppliers, governments and clinical representatives.

The Australian Digital Health Agency has welcomed the joint statement of support. The agency has been working with industry and governments over a number of years to achieve interoperable secure messaging across different systems.

Bettina McMahon, who has been selected to take the role of interim ADHA CEO from mid-February, said some people had considered developing interoperable secure messaging standards to be an intractable problem.

“We’ve had quiet confidence that we could co-produce specifications and standards with industry and professionals, try them out in early implementations, and get to a point where Australia’s customers of these systems would require their use,” she said.

“We’re now at that point — with governments confirming that future procurements will reference the standards as mandatory requirements. Once again government, the health sector and the software industry have come together to address a key priority in the National Digital Health Strategy. It is this level of cooperation and shared insights that will let us achieve the benefits of digital health.”

ADHA’s outgoing CEO, Emma Hossack, added that work is underway on standards and trust frameworks and a federated directory solution for the national standard.

“We have consensus that these will be developed collaboratively and in keeping with the broader digital health interoperability approach,” she said.

“Whilst this can’t be rushed, we are optimistic that future development will occur through agreed standards, validation and conformance, which is good news for all Australians using the health system.”

The cost of underemploying nurses in aged care

Virtual gaming helps rehab patients get back on their feet