It’s time for next generation PTT 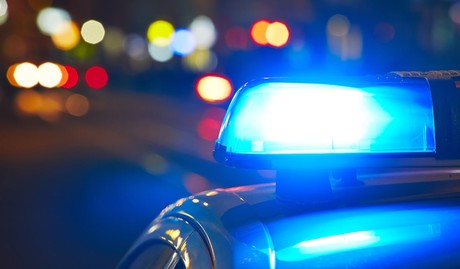 Two-way radio has been a core part of emergency services operations since its first use in the world by Australia’s Victorian Police Force in 1923. Over time, Land Mobile Radio (LMR) has been a transformational technology for the sector. It has not only helped drive numerous productivity improvements, but it has also been pivotal in saving lives.

However, LMR is not without its shortcomings. It is physically constrained by bandwidth and by the restrictive assignment of radio channels. In times of emergency, individual radio channels can become overcrowded, and when this happens important messages can be lost.

Today, LMR is just one technology in an increasing array of digital capabilities. Officers in the field now need data… and lots of it. It is common for first responders to use mobile phones, tablets, cameras and IoT devices for a variety of advanced services such as mapping, video streaming, data analytics, personal health management and office automation.

With the majority of MCPTT standards now well defined, it is time for an industry response, using these standards to create common and strategic solutions.

In 2015, the Australian Productivity Commission was tasked with undertaking a ‘first principles’ analysis of the best way to obtain a mobile broadband capability to meet the long term needs of public safety agencies.

The Commission considered three delivery options — dedicated, commercial and hybrid — in detail, and found “a commercial approach is the most cost-effective way of delivering a [public safety mobile broadband] capability”. The Commission went on to find that “a dedicated network is nearly three times more expensive than a commercial option. The cost difference between a hybrid and commercial option is lower and narrows as the size of the dedicated network component decreases.”

Since the time the Commission delivered its report, one particular risk factor has increased in importance. There is a growing opportunity risk that arises through inaction and delay. Public safety mobile broadband (PSMB) is one critical piece of the infrastructure necessary for delivering the next generation of hardware and software services for the sector. Without an operational PSMB solution, it will be extremely difficult if not impossible, to guarantee the performance and quality of service requirements set in the MCPTT international standard.

The need for LTE

In times of emergency, network performance is crucial. Network congestion at public events, such as New Year’s Eve celebrations, creates big headaches for network planners. Such congestion has essentially become a question of economics. Each provider needs to make a business decision about how much spare capacity it should build into its architecture to cater for peak loads in known locations.

However, most providers would understandably struggle to deal with unexpected peaks of unknown magnitude in unknown locations. This is exactly what happens in times of disaster.

If emergency workers are sharing the same mobile network as the general public, all their carefully procured advanced capabilities slowly grind to a stop if there are no Quality of Service mechanisms in place to provide emergency workers with a prioritised service. Consider the problems during 9/11 in New York, the London bombings, New Zealand’s earthquake, or Australia’s summer bushfires and floods. In these cases, it is impossible to predict the location and severity of the disaster. It is not commercially viable for telecommunications operators to purchase and configure sufficient mobile spectrum to cope with an event that may happen in that location once every hundred years. 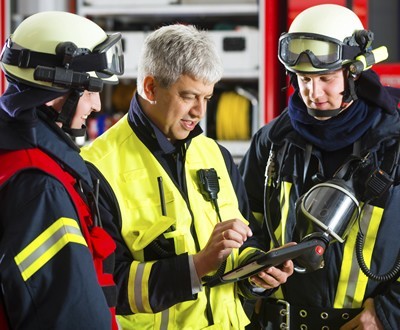 But an example of a technology that can provide the core network infrastructure necessary for the development of mission critical broadband is Telstra’s LANES® solution.

After a long period of testing, Telstra has launched a commercial release of Telstra LANES®, which can address PSMB requirements as outlined in the Productivity Commission’s report. Moreover, the Telstra LTE network has the added flexibility to deliver a commercial option or a hybrid option, depending on a customer’s particular needs.

Telstra has already trialled Telstra LANES® in conjunction with public safety organisations in a range of situations, such as the G20 Leaders’ Summit in Brisbane (2014) and an AFL grand final with 100,000 people (2015).

The Telstra LANES® approach is conceptually similar to the move toward cloud-based as-a-service solutions that are becoming increasingly popular in other parts of the IT industry. Indeed, many governments are now mandating a ‘cloud first’ policy as a lever for driving change.

The advantages of adopting Telstra LANES® include:

Since there will be clear benefits for public safety agencies from delivering next generation PTT, it is now time to chart a path forward. Over the past year, there has been a perfect convergence of development in core infrastructure: international standards for MCPTT are largely well defined, Telstra LANES® has been launched, a new generation of ruggedised LTE devices have come onto the market.

It is encouraging to see that key industry players are already coming together to focus on operationalising these solutions. In March 2016, Telstra, Motorola and Ericsson announced a collaboration to develop next generation PTT facilities for the public safety market. The partner companies will work to progress the PTT technology through concept testing in Australia, and will collaborate in standards forums globally.

In conclusion, the days of big budgets, big assets, slow procurement and silos of public sector infrastructure are long gone. Legacy equipment such as LMR will continue to play an important role, but it is time consider a much broader transition strategy to converged mission critical voice, data and video.

The challenge for public safety agencies is to find better ways to engage with industry partners to facilitate a planned and orderly transition to these next-generation solutions.

Register now at the “Virtual Event” tab in the link below.