What value can blockchain really offer for government? 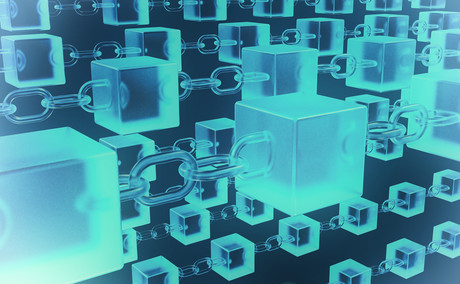 Blockchain is the shiny new toy in disruptive and transformative innovation. The technology has attracted a huge amount of attention and served as a lightning rod for extensive scrutiny from its proponents and opponents alike.

Adoption of the technology is flourishing, with approximately 117 blockchain-related government initiatives running across 27 countries around the world in 2017, representing significant year-on-year growth, which is forecasted to increase in the coming years.

A McKinsey industry analysis report published in June 2018 revealed more than 90 discrete use cases for blockchain across major industries. In the past, the majority of these would have been classified as discovery, proof of concept and pilot exercises, however as the projects mature from their experimental stages, an increasing proportion have transitioned to full operational deployment.

A blockchain is an immutable, time-linear series of data blocks forming one or more distributed ledgers across a network of nodes. Each block comprises a collection of transactions and a distinct pointer to its predecessor block. Strong cryptographic techniques are employed to maintain integrity between each block and its former and latter neighbours. This allows blockchains to be shared and corroborated by anyone in the network with the appropriate permissions.

One of the key values of blockchain is its innovative way of creating a seamless experience of explicit trust between multiple parties. Implicit trust refers to the hope that other entities in a transaction will perform their obligations truthfully according to a prior agreement. On the other hand, explicit trust offers a guarantee that these obligations will be objectively adhered to. All parties no longer need to assume reliability — everyone knows that everyone else will make good on the agreement upon the fulfilment of set conditions.

People, businesses and government organisations have been heavily relying on implicit trust to interact with each other for a long time. While this may be sufficient in certain circumstances, the industry as a whole is increasingly gravitating towards the implementation of explicit trust.

A potent example is the ‘smart money’ project led by CSIRO’s Data61 published in October 2018. Blockchain coupled with new payments technologies were employed to provide more choice, control and flexibility for conditional payments between participants and service providers in the National Disability Insurance Scheme (NDIS).

By attaching conditions, the ‘smart money’ knows what it can be spent on, who it can be spent by and when it can be spent. Blockchain enables explicit trust of money use to work in unity, providing greater empowerment of participants, reduced administration overhead for businesses as well as higher visibility for government.

One piece in the stack

Blockchain technology is often incorrectly compared to full stack solutions better suited to accomplishing a certain goal, in order to emphasise and overstate its limitations.

An analogy for this would be claiming that a car can transport people better than tyres can. Blockchain is just one element in the overall technology stack of a system. It is not designed to be a sweeping, complete replacement for all of the other bread-and-butter architectural components. In fact, it is a trailblazer of a new kind.

Due to its differences to other traditional architecture constructs, many are struggling to find a mould that fits blockchain. It is not just another type of database as some business logic exists in the form of smart contracts. Similarly, it is also not just another type of application as it provides sophisticated data handling and storage mechanisms. So what is it really?

Blockchain is a new, unique element that straddles across the software, distributed network and database layers. It only comprises a subset of components and needs to be augmented with additional modules to form a complete solution. The ratio of blockchain contribution among each layer varies from one business application to another, which in turn, determines the extent of its value in a particular use case. With this concept in mind, business and technical leaders will be better positioned to analyse and understand where and how blockchain can help.

The Australian Digital Transformation Agency’s (DTA’s) preliminary findings on blockchain in the public sector, released in October 2018, highlight the challenge posed by the industry’s fragmented approach to deployment, and calls for greater standardisation to accelerate the pace of adoption.

In September 2016, the International Organisation for Standardisation (ISO) approved a proposal to establish a new technical committee for blockchain topics such as terminology, privacy, security, interoperability and auditing. Australia’s leadership in this area was demonstrated by the appointment of Standards Australia to manage the Secretariat of ISO/TC 207, Blockchain and Distributed Ledger Technologies.

A Blockchain Standards Workshop was hosted in February 2017 with more than 50 representatives from government, industry, academia and end users, featuring renowned international and local speakers. The event resulted in the establishment of a Roadmap for Blockchain Standards which identifies a collection of high priority standardisation domains. The work of the committee on this front continues to progress today.

While blockchain is an emerging technology, it is indeed a promising one. The discovery of valuable applications and new business models today are only possible due to the strong drive to ideate, participate and innovate.

Government plays a central role in unlocking the potential of future public services as well as enabling the Australian industry to deliver next generation solutions to do things better and smarter. It is the willingness to engage in a conversation and manifest concepts into actions that will allow organisations to thrive in our complex and ever changing environment.

TrustGrid is a pioneering blockchain based solution by Secure Logic that delivers a digital trust ecosystem in Government, uniquely tailored to suit a wide array of use cases relevant to the public sector. The TrustGrid solution offers a high degree of privacy, security and integrity to facilitate the technology interfaces between government entities and vetted private organisations such as hospitals and financial institutions.

Speak to Secure Logic to find out how TrustGrid can work for you in three simple steps: 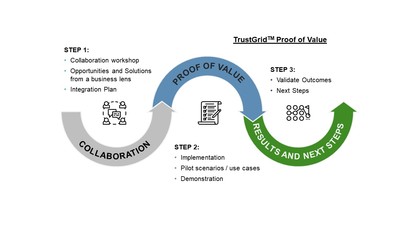 EKA CyberLock is the solution for securing remote sites such as traffic control boxes or remote...

Cyber criminals have expanded their coronavirus-themed attacks and are now preying on victims by...

Is there a missing link in your access control system?

Conventional mechanical locks are the weak point in your access system. Softwave-controlled locks...