Road trip: in search of the smartest city in the world 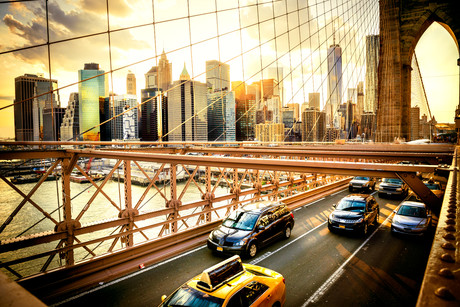 Your community is getting smarter.

Whether you live in a small, rural town or a huge city, you might be noticing profound changes in the way you interact with local government. You get an email when your library books are overdue (yes, even the digital ones!). You interact on Facebook with your utility company. And you might even be using Alexa to report graffiti in your hometown.

The entry point to a smart city is data, and lots of it. This includes information streaming from every kind of connected device, from traffic lights to trash cans and everything in between. According to The Economist, the world’s most valuable resource is no longer oil, it’s data. And cities of every size are taking notice and harvesting this valuable resource to enhance citizens’ lives.

I’ve been on the road the last few months in both North America and Europe sampling the “smartness” of cities with leaders from communities of all sizes, and it’s evident that the concept of a connected government is here to stay, and evolving rapidly.

I started my journey attending two Harvard Smart Cities Accelerator events in Dublin and San Diego. Although separated by eight time zones and widely disparate weather, each event pulsated with identical energy and excitement. I learned about cities such as London, which is using open data during their transition to a smart city, and Moscow, a city that is digitising its infrastructure and leveraging analytics to gain insight for decision-making. Meanwhile, New York City has published IoT guidelines, adopted by 35 cities globally. San Diego is covering half the city with intelligent street lights, and Las Vegas, in partnership with Oracle,  is doing incredible work with AI, machine learning and autonomous vehicles in their Innovation District.

I led a panel discussion in Los Angeles on how data insights can enhance livability at the Summit on Government Performance and Innovation. Los Angeles is doing exceptional work with AI and machine learning; San Jose, already forging ahead with a mobile, data-driven citizen engagement system powered by Oracle, is mapping  geological data to predict earthquakes, and is testing drones and autonomous vehicles. And the University of Southern California’s I3 IoT Consortium is partnering with Oracle and other private companies to develop pre-built applications for IoT that can help cities jumpstart big data projects.

I criss-crossed the country to present at Smart Cities NY 2018, where I joined Deloitte to discuss how cities can adopt AI-powered chatbots and robotics process automation to reduce costs, improve customer experience, and minimise rote tasks.

And then I traversed the pond again, to the ICF Summit 2018 in London, as part of a Canadian delegation of cities. I will confess as a long-time resident of Montreal I was rooting for my Canadian compatriots — the cities of Hamilton and Winnipeg — nominated for the ICF’s award for the most intelligent community in the world. Ultimately, the City of Espoo, Finland, won after meeting six ICF indicators for success.

I have learned much on my tour of the digital direction of these cities, reinforcing my role with the Toronto Smart Cities Working Group. It’s apparent across all these cites that insights from data can improve employee productivity, make cities safer, more livable and create opportunities for people to thrive. The ease and decreasing cost of technology solutions introduce some wondrous achievements, from self-driving cars to self-healing databases.

But we wouldn’t have gotten too far without the input and energy from city leaders, citizens and private companies all collaborating to create new opportunities for residents to thrive. It’s the people, as much as the technology, who have the potential to make every city a smart one.