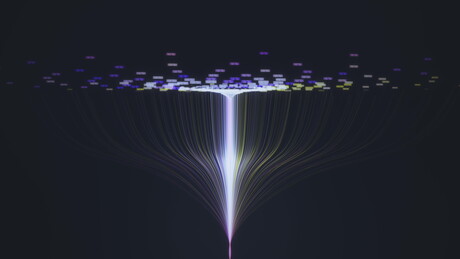 As AI continues to evolve at a rapid pace, government has a critical role to play in shaping the development of future technologies through regulation and policy and by demonstrating best practice as a first adopter.

The applications of AI to government in Australia have so far focused on improved service delivery and government decision-making. These applications largely rely on established AI methodologies and are not yet taking advantage of advances in the field. Here, I highlight some trends in AI research that will impact government implementation in the future, where machines operate with true autonomy, and we have the tools to build an AI-capable public service.

A digital twin is a virtual model of the physical environment that acts as a bridge between the physical and digital worlds. NSW is developing a state-wide spatial digital twin to readily locate and protect essential infrastructure and inform risk and resilience decisions, particularly during emergencies.

To plan and build smart infrastructure, a similar spatial model will be required for the Brisbane Olympics before 2032. LA2028, the Los Angeles Organizing Committee for the 2028 Olympic & Paralympic Games, is already collecting data for SoFi Stadium, from construction through to use, to identify new ways to enhance visitor experience and make the Olympic Games a commercial success.

Such a digital twin requires scaling the lessons learned from smaller commercial real estate digital twins. These models can give far more information than simply allowing 3D visual inspection of assets — the models can also be linked with real-time sensor data that can track information such as traffic and air quality. As digital technology and artificial intelligence become more sophisticated, digital twins will become ubiquitous and there will be models at all scales. We may see intelligent digital twins that can operate without human guidance and will support other AI systems to plan and execute tasks safely and effectively.

The dependence on multiple sensors and the data they collect in real time is increasing. Advances in AI and other emerging technologies have seen the production of cheaper, smaller, smarter, self-powering sensors to monitor things such as temperature, proximity and chemical leaks. Even a camera is a type of sensor that collects visual information in real time. Sensors provide important information that can be fed into digital twins, and can also enable real-time operation of autonomous systems, such as self-driving cars.

The rise of robots

Robots are getting better at extracting information from a variety of sensors to gain real-time situational awareness. Such robots can complement, augment or emulate human physical capabilities and/or human intelligence. The most straightforward application of robotics is through the robotisation of simple processes and existing products, for example, converting a document trolley into an automated ground vehicle to reduce the need for people to undertake manual labour (pushing trolleys).

The rise in adoption of robotic technologies has led to cheaper and more efficient solutions. This, in turn, means we can expand their range of capabilities. Until recently, robot capability has been limited and often restricted to simple, focused tasks. In the future we will have faster, more capable robots that can readily switch tasks (more like humans) and with real-time situational awareness to be able to safely work side by side with humans. As the technology continues to evolve, the cost of robotic systems will also decrease, allowing agencies to deploy multiple robots at an affordable cost.

Robot teaming — robots talking to each other — will then become important with robots sharing a world model, and also communicating with the humans around them. This will allow the robots to tackle different specialised tasks to achieve complex outcomes from simple components. As these robots become more capable, reliable and easier to use, we are likely to see them applied across different government functions for a range of applications, from logistics to customer service. Teaming and a shared world model will break down many of the barriers to human–robot collaboration.

While it may seem that we are already buried in more data than we can handle, the production of synthetic data from computer simulations or algorithms is making it easier to create accurate AI models by filling in the gaps often found in real-world data. Synthetic data is artificial, but it reflects real-world data and can be better at training AI models compared to data based on actual events, objects or people. For example, there may be no real-world training data to account for rare events — this limits the applicability of AI systems, particularly for identifying high-risk activities which are rare but may have catastrophic impact.

AI models are crucial for obtaining situational awareness, predicting future events and enabling perception for autonomous systems such as robots. Such models are often limited by the difficulty of accessing large datasets of images labelled by humans, necessary to train them. Using data simulators, which generate contextually relevant data with quality labels, it is now possible to create synthetic data that can be used to train robots and can also be tested against real-world data to ensure accuracy.

The AI strategies of several nations, such as South Korea, highlight that a critical component to AI adoption in any country is the training of public servants. To build an AI-capable public service requires extensive workplace training that can be enhanced with virtual reality (VR) and augmented reality (AR). AR/VR headsets showing holograms of equipment or of a process can be used to provide immersive training for workers before they ever set foot on a site. An example of this is in the use of VR to train Australian firefighters in scenarios that are too dangerous or difficult to recreate in the real world. The training can extended beyond the visual to incorporate physical sensations, such as the feeling of heat and the force of a water hose.

Augmented reality superimposes an image onto the user’s view of the real world. This kind of technology is not only useful for training purposes, but it can also help with asset inspections, where digital models can be used to check against reality, or against real-time data from sensors to look for any discrepancies, or even to remotely control machines as they interact with holograms. For example, the user may have a 3D model of a robot in front of them that they can control simply by reaching out their hand, grabbing the hologram with a pinch gesture in space and moving the robot. In turn, the robot responds to the command but also ensures that it is safe for it to carry out the requested direction or determines whether it may need to modify its path to avoid an obstacle.

A small window of opportunity

In the future, we will see AI applied to more complex tasks in government, moving beyond chatbots and prediction engines — even more into the physical world we humans operate in. While there are tremendous opportunities for AI, there are some challenges that prevent its adoption in government. These include: AI treated as an expense rather than an asset in budgets; lack of quantification of benefits through linking AI investment directly to departmental KPIs; lack of in-house skills to understand AI benefits and uses; and fear of the unknown — even the term artificial intelligence can induce trepidation and discourage adoption.

There are also broader issues around whether AI adoption requires the development of new business models, ones that consider ethics, transparency, accountability and fairness. Complexity of ownership has recently emerged as the Australian federal court ruled that AI can be a patent inventor. If the law recognises that our own creations can also create, then complex ownership issues may arise. Recognition of non-humans is a vexed issue; will Australia also recognise robot rights as is being considering in South Korea?

Australia currently ranks 12th in the world according to Oxford’s 2020 Government AI Readiness Index. While we have the intellectual skills and capability, we currently lack the investment and policy support for a sovereign technology industry that can supply AI tools to the public service and help commercialise our AI research. Changes to government policy, including an AI-first strategy that encourages government agencies to be active procurers comfortable with the risks involved in  dealing with local technology SMEs and start-ups, would assist in addressing this challenge. We have a small window of opportunity, while the rest of the world leaps headfirst into AI, to follow suit and discover how we can reimagine government through an AI-empowered public service.