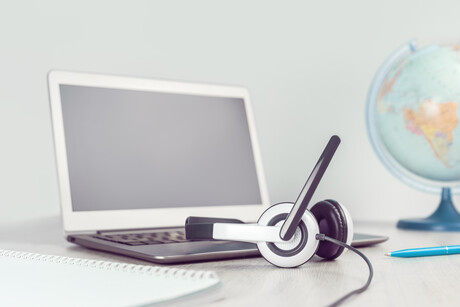 APS employees had an “overwhelmingly positive experience” working from home during the COVID-19 pandemic, with over 90% believing they were able to maintain or improve productivity while working remotely.

These are among the key findings of a recent survey by UNSW Canberra looking at the effects of the sudden need to work remotely during COVID-19 lockdowns.

A survey of around 6000 APS employees — including nearly 1400 managers — found that nearly two-thirds of employees felt that they got more work done at home than when at the office, and a similar proportion felt they had more autonomy.

The experience among employees was so positive that over two-thirds want to continue working from home on a regular basis for some of their hours.

The report identified an expected surge in the number of APS employees working remotely. As of last year, only around 15% of employees regularly worked from home, compared to around a third of all employed people. But by August 2020, almost two-thirds of APS employees were working from home.

The survey found that two-thirds of employees chose to maintain their normal work hours while working from home, with 15% choosing to work outside these hours and 5% needing to do so due to household obligations.

Managers were meanwhile found to be highly supportive of working from home, with the findings suggesting a major shift in mindset from their previous resistance or scepticism about the concept.

Nearly two-thirds of managers indicated that they would be more supportive of working from home in the future based on their experiences during the lockdowns.

Working from home could also lead to improvements in gender equality, with men reporting they were doing more caring work and one in six women stating that they had been able to increase their working hours during the period. This could help reduce the gender pay gap and improve career development for women, the report states.

But the report did identify indications that some managers were continuing to enforce pre-pandemic organisational policy, including restrictions on working from home, even while the Australian Public Service Commission encouraged people to do so.

There were also indications that organisational culture — including working from home policies — is lagging behind the support for the concept from both employees and managers.

There also remain other hurdles to overcome before working from home can become ‘the new normal’. For example, research suggests that employees worked longer hours when working at home during the pandemic, ranging from 48 minutes to three hours a day. Many respondents reported feeling a sense of obligation to work for longer while working from home.

But the research suggests this sense of obligation was largely self-imposed, with only 5% of employees believing that they were expected by managers to complete work outside their usual hours.

According to the report, this could suggest that improvements in productivity could be at the cost of longer working hours and less work-life balance, an issue that deserves attention if working from home is to become the new normal.

The report also identifies other areas that may need to be improved — such as the health and wellbeing aspects of working remotely. For example, some respondents reported frustration at a perceived decreased ability to undertake some of the less tangible, relational aspects of work such as networking.