What would you do if your IT budget was arbitrarily slashed by 15 percent overnight? Welcome to the life of Massachusetts CIO John Letchford. State CIOs have a chequered history Budget restrictions were nothing new for emergency funding to avoid service in Australia, where short tenures and regularly changing IT strategies have made it hard to ensure continuity of leadership or of purpose. But if you think it’s hard here, spare a thought for the US, where the large number of states, fierce political agendas, competition for budgets and siloed reporting lines have raised the degree of difficulty substantially. John Letchford has been sitting at the coalface of this challenge ever since he came into the role of CIO for the Commonwealth of Massachusetts (the state’s full, official name) in 2010, capping off a variety of IT management roles within the state dating back to 2004 – including being appointed as deputy CIO from February 2008.

Letchford is responsible for elucidating and executing a broad strategy for an IT organisation to underpin a $US35.2 billion state budget that has, as in most places, been subject to significant scrutiny and political pressure focused less on IT outcomes and more on black-and-white, bottom-line economics. Letchford, a UK-born administrator who received his Master of Science in Information Technology at the University of York but left the UK in 1990. From there, he pursued a private-sector path that took him to Belgium, China, Florida and then Boston, the administrative centre of Massachusetts and the political, financial and cultural hub for its 6.5 million residents. Soon after commencing his first term in 2009, governor Deval Patrick passed Massachusetts Executive Order 532 – a systems-consolidation manifesto entitled Enhancing the Efficiency and Effectiveness of the Executive Department’s Information Technology Systems – it set in motion a massive, sweeping change program, called the IT Infrastructure Consolidation Program (ITICP), that became even more pressured when the legislature arbitrarily cut 15% from the IT budget. The IT organisation slid into a $US42m deficit, which was recently supplemented when the governor pushed through $US10m in issues and retrenchments among the state’s 1650 IT workers. “As a percentage of total budget, we have one of the lowest operating IT budgets in the country,” Letchford says. “Being optimistic, I’d say our total budget is around $US500m, which is around 1.7% of total spending. Most state governments are around 2.5%.” Low IT spend isn’t always a bad thing: it could indicate extreme operational efficiency just as easily as it could reflect chronic underfunding. Although efficiency has improved in recent years, Letchford says the latter and not the former basically applies in this case. Jumping silos So, how does one execute a coherent IT strategy on a declining budget while simultaneously driving major transformation and juggling the demands of a bevy of interested stakeholders? It’s a skill that Letchford has had to master, quickly – and from within an extensive operational and reporting structure rather than atop it. In Massachusetts, despite an overreaching portfolio, the state CIO sits several levels away from the governor, buried within one of eight key executive branches. Each of these portfolios – which include Administration and Finance (A&F); Health and Human Services; Education; Energy and Environmental Affairs; Public Safety; Housing and Economic Development; Labor and Workforce Development; and Transportation – is headed by its own secretary. Letchford’s IT Division (ITD) sits within the A&G office, so he reports directly to A&F secretary Jay Gonzales. To execute IT strategy, however, he meets with agency representatives across all eight executive secretariats – as well as a number of Commonwealth staff in strategic IT-related positions. 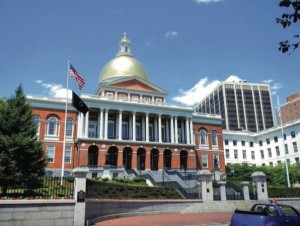