A number of local-government and regional organisations have lamented the current stasis in the national broadband network (NBN) rollout, lodging formal submissions to the Senate Select Committee on the NBN to express their concerns. 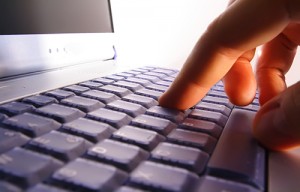 Also lodging submissions were regional-development group Ballarat ICT Limited and the Tasmanian state government, which under premier Lara Giddings has recently fostered a war of words with the current government to commit to completing the much-vaunted rollout of the NBN within the island state. The previous Labor government had promised to complete the rollout of fibre-to-the-premises (FTTP) in Tasmania by 2015.

"To ensure that the region has ubiquitous access to the NBN and the continuation of current and proposed economic and community development initiatives associated with the rollout of highs peed broadband fibre to the premise technology in the region, Gosford Council supports the proposed local initiative for the NSW Central Coast to become a pilot region for the complete roll out of fibre to the premise; providing the Federal Government a living cost-benefit analysis of the value of a predominantly fibre optic broadband rollout."

Every council was pushing for the continuation of the FTTP rollout in their area, with City of Sydney councillor Linda Scott writing that "Sydney would be best served by the continuation of the construction of FTTP to increase broadband capacity and foster a range of social, economic and cultural benefits. As Australia's global city, improving broadband connectivity is crucial to the continued growth of Australia's economy."

Scott also pointed out the benefits of the NBN rollout enabling the undergrounding of existing power and communication cables – highlighting the transformative effect that many local governments see around the NBN effort.

The Senate Select Committee is due to report to the government by 10 June, and is accepting submissions http://www.aph.gov.au/Parliamentary_Business/Committees/Senate/National_Broadband_Network until 28 February 2014. – David Braue