Different sectors of the government each have their own operational requirements from ICT systems, but emergency-services organisations (ESOs) have the distinction of enjoying precious little flexibility to experiment with new technologies.

The ongoing requirement for reliable systems and increasing situational awareness, therefore, makes progress in ESOs a careful affair combining forward-looking vision with on-the-ground reality. Yet with the transition from analogue to digital systems fading into distant memory and the expansion of high-bandwidth 4G mobile networks offering new options for real-time communications, ESOs are finding they have access to a rapidly expanding range of solutions.

Implementing those solutions, however, requires a confluence of many factors – ranging from the availability of suitably hardened devices, to supporting information systems, staff training and support as well as the ministerial and funding commitment that can be so hard to secure these days. 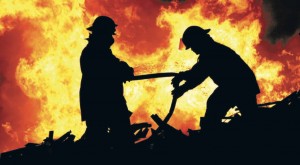 Recognising these many factors, many of today's ESOs are focused on ICT investments that deliver short-term results with measurable efficiency and process improvements. The industry that has evolved around meeting their needs continues to work on joining the pieces of the puzzle, driving incremental change that is helping ESOs function more effectively and efficiently than ever.

Among the organisations at the front line of this change are the suppliers and integrators offering the various pieces of the puzzle. In this roundtable, we gather together several such stakeholders – including James Boddam-Whetham, managing director of Noggin IT; Malcolm Keys, CEO of Airwave Solutions; Steve Crutchfield, managing director of Motorola Australia and New Zealand; Rob Hockings, public safety specialist with Tait Communications; and Alex Stefan, national general manager for public safety and security with Telstra – to share their thoughts on the present and future state of Australia's ESOs.

GTR: How is innovation being driven through ESOs? Crutchfield: Australia’s ESOs are among the fastest adopters of new technology worldwide. Their main focus continues to be on the business they do – serving the community – and thus they have been seeking support from organisations to build and run voice and data communications networks to support their environments.

Still, in many cases, responders are, to a degree, blindfolded. They are looking for solutions to allow better context, ability to collaborate with the members of their teams in the immediate area, and centralised command and control. We're seeing fairly significant disruption in the space as it relates to that.

Keys: There is a rapid evolution taking place in consumer based wireless products. Everyone now has experience with smart devices and this is putting pressure on ESOs to adopt new technology at an increasingly faster rate. Emergency services are now finalising the digitisation of their analogue communications networks. Digitalisation enables use of advanced technologies; however, we are still in an early stage and yet to deliver the kind of benefits to emergency responders, that consumer wireless users take for granted.

Hockings: In previous years we've seen a really specific set of requirements from government, but now we're seeing this consultative initial pass, through a request for information (RFI) process, in which they're almost reaching out for a consultation partnership with vendors. When we respond to those things, it gives us a real head start and gets the thought process going.

This is encouraging, and a very refreshing change in the marketplace. I think the technologists' side of the ESO is becoming more of a follower of the business rather than being a leader of some of the business changes. In some cases they parallel the corporate business world, but in other cases there will be other issues they'll lead on. And, if you looked at business cases 10 to 15 years ago versus now, they are very clear in what their business is and the problems they want to solve.

GTR: Is this because of the number of high- profile events ESOs have had to deal with in recent years?

Stefan: The past season has just been extraordinary, with floods in the UK, snow storms in the USA and fires in Australia. Globally there appears to have been a significant increase in the severity of natural hazards across the board, and I think ESOs are looking at the challenges of meeting these particular events now and into the future. Within Australia we've seen enhancements to land mobile radio (LMR) technology including coverage, greater utilisation of mobile broadband capability, and enhancements in incident co-ordination.

Boddam-Whetham: Half of our clients are corporate customers who have had to deal with crises and emergencies, and have a lot of business- as-usual events to deal with of a disruptive nature. Whether they be security incidents, evacuations, work safety incidents, disaster recovery or business continuity incidents; in the corporate sector it is very much a risk centric type of approach to those kinds of hazards.

So, in the last 18 months we've been developing a risk management module within our product that surrounds some of the work we've done with alerts and notifications, and an incident management layer on top of that. A risk management layer completes all of that by allowing people to input a sense of their hazards and risk matrices.

Hockings: If you look at the number of events we've had and the way ESOs have managed those events, they've really gotten a lot of very good insight into what they would do if it happened again. They've probably collected more insight than they would have previously, and I think that's because of the systems they've put in place to allow them to do that. It's not like the information wasn't there, but they now have the systems in place.

If officers turn up at a scene and they're informed, not only are the officers safer because they've got a far richer appreciation of the situation – but they've got the ability to stream some of that information back into an incident management scenario so they're part of a richer decision-making framework.

Crutchfield: The continuing resilience of communications, in, during and around these events, is key. Capacity and coverage is a challenge in Australia and will continue to remain key features that we've got to have. Volunteers, as always, are a key part of the emergency response – so the ability for them to integrate their own devices into that ecosystem is increasingly important as well. – David Braue

This roundtable was originally published in the March-April 2014 issue of Government Technology Review.