This is part 2 of the GTR emergency services roundtable, originally published in the March-April 2014 issue of Government Technology Review. Click through for part 1, part 3, and part 4.

GTR: How do ESOs' approaches to confronting IT challenges, such as bring your own device (BYOD) strategies and ongoing budget crunches, compare with those taken by more conventional organisations?

Hockings: The ESOs are ahead in some areas and playing catchup in others. Sometimes the priorities within ESOs parallel the corporate business world, and in other cases there will be other issues they'll lead on. Securing devices, whether business owned or provided through BYOD type methodologies, has been really interesting and in the past few months we've seen a lot more discussion around that.

In ESOs the delivery is a very personal delivery, and it's a hard thing to quantify. But when you read the RFI and the way they talk about the business, that's the unique identifier. If you looked at their business cases 10 to 15 years ago versus how they're writing the business cases now, it has changed so much. 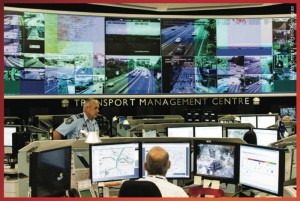 Crutchfield: ESOs are relatively risk-averse and understandably so, but they're starting to realise that BYOD has relevance in their space. BYOD is a good opportunity for our customers. For people like volunteers, or for certain and specific operational requirements, it's a perfectly acceptable method for having a smart device in the hands of these people.

Particularly for volunteer organisations, you want it to be relatively seamless and easy for volunteers to be part of that service. There's definitely still a need for task specific devices that are ruggedised, waterproof, dust proof and will stand up to the rigours of emergency services – but flexibility is now required.

A lot of the security and manageability concerns can be dealt with using the right mix of technology and service delivery. There's pretty smart technology out there that can restrict their access, to create a secure pipe and make sure the device is secure before it hits the network.

Keys: ESOs are roughly paralleling governments in moving down the path of mobile technology innovation, but one of the areas we can focus on improving is the speed of implementation of new technologies.

One of the reasons our public safety industry don't innovate is that we often use “waterfall approach” to project implementation. Everything is defined and costed up front, with the benefits seen as abstract and too far off in the future. When upfront costs are in the tens of millions of dollars, that can be a disincentive for government to try new technology when the measurable benefits are not 100% clear at the start of the project.

That was the standard way of doing projects in the IT industry until they realised they were too costly, slow and lacked the flexibility. The IT industry has done a very good job of moving to Rapid Application Development (RAD), and I think that's an area where we could do better work by implementing that style of prototyping applications, both on the terminals and also in the back office to get an end to end solution working quickly.

It's very low cost to run a technology pilot to prove out an idea. That process refines the idea and then makes the technology benefits clear before you commit to the whole project. The other benefit of the RAD approach is that you can flexibly implement new technologies as the project goes on, based on feedback from real users during the project. It has taken industry a while to gain acceptance of this as a valid way of doing things, but I think we're at that point now for ESO technology projects.

Boddam-Whetham: What's feeding a lot of the thinking is that public safety has very much been promoting an all-hazards approach, which means they should have the same operating procedures to deal with different types of extreme weather events – whether they be floods, bushfires, or cyclones.

This approach means I can adopt a similar approach to deal with disruptive events that might affect the continuity of their business along a spectrum. It's a more complex approach to take in the corporate sector, but it provides an extraordinary ROI.

However, it requires bringing a range of different stakeholders onboard; they're naturally very risk averse, and very good at putting together a business case for technology.

They're not technologists necessarily, they're first responders who roll up their sleeves and get into fighting emergencies. However, the issue of public safety has become a political football, which then makes it harder for them to purchase new technology because there's more scrutiny around the decision.

That ability to deal with unplanned events requires strong culture and strong leadership. It also requires good information so you can make the best possible decision, but it is also very much about sharing best practice between different organisations.

We're seeing a lot more openness and willingness to share best practice amongst corporations, in particular.

GTR: What role does conventional voice radio play in a world where everything seems to be done as a mobile app?

Crutchfield: Customers are continuing to make long-term investments, with radio as a key mission-critical voice platform. And it's not going to go away any time soon. But, increasingly, we're being asked to focus on the whole mobility capability.

User experience is now key – for example, whether it's a responder in a vehicle, fire truck, police car, or ambulance – these vehicles are becoming drivable computers for them. They’re providing them with instructions about how to get around the building they're driving to, and providing them the capability to automatically record information while performing their normal operational duties.

Stefan: LMR is still a significant and critical part of the communication requirements of emergency services in Australia. As an illustration, Queensland and Victoria are deploying new LMR networks to support their emergency services. Mobile broadband is complementary and the two will coexist into the future. However, we are seeing greater utilisation and deployments of mobile broadband devices as well ranging from smart phones and tablet technologies to a new generation of applications for front line officers.

SA Police have now integrated biometrics into their devices so they can obtain information on potential suspects such as fingerprints. And, with the G20 being held in Brisbane, the Queensland Police are looking at rounding out their capabilities with mobile broadband devices such as tablets. LMR will continue to be part of the emergency services landscape into this decade and the next.

Hockings: The public safety world doesn't have a "do-nothing" option. So, irrespective of what's happening, they've always got to do something.While the voice side is very much staying – it's a solid backup and if other components fail it is still there – we're seeing the agencies changing the emphasis they're placing on voice.

It's changing because the data side of things is providing that background intelligence. This allows very efficient usage on the voice side, because the voice is purely there for the “now” and immediate communications. In doing something, they've just got access to so much more information when they're choosing what and how they're doing things. And it's going to change outcomes.

GTR: The most significant new source of information for responders is social media. How well is this information being utilised by today's ESOs, and what more can they do with it?

Crutchfield: It's a great collaboration tool and a great source of information. Increasingly, we hear about emergency services groups watching and monitoring social media: from a centralised C&C point of view, it's got a lot of opportunity to be used as a predictive tool for events that may be developing or going to happen.

It's a way to share information quickly, whether that be voice or video or photos. So, we see it as being extremely relevant in the emergency services sector – and increasingly so. As always, the challenge will be the volume of data and the analytics required to turn that information into intelligence. There will be a significant role for us to play in that particular area as well.

Boddam-Whetham: With social media there's an ability to pick up trends earlier in relation to an emergency. But the issue is still, for a lot of people, aggregating that information into situational awareness that is comprehensible, quick to understand, and reliable.

One of the big issues that first responders in particular are grappling with, is having too much information. First responders only have so much time and so many resources to be able to monitor that transformation; so, social media actually requires almost full-time employees in that capacity to be monitoring that information. Social media is very resource-intensive, if you don't have the technology to aggregate it into a comprehensive and succinct situational awareness picture.

Stefan: We're now seeing that there are, within ESOs, not only centralised social media constructs, but they are also looking at the ability for local police to engage with their communities and provide information.

It's as though there's a digital neighbourhood watch program starting to evolve, building on the foundations of traditional neighbour watch program and community policing. Social media provides the ability for local police to interact with their communities about local community matters. This provides a tremendous amount of opportunity for greater collaboration and information sharing within the emergency services and the local communities and citizens they serve.

The greater participation of police and emergency services can only be of benefit to everyone involved. I suspect over the next 12 to 18 months we'll see further utilisation of social media by the police and emergency services in interacting with individual citizens. This will be an interesting evolution for the police, as the community has expectations relating to responsiveness in part driven by services such as Triple Zero. And, therefore, the underpinning business processes and workflow engines will need to be developed to support the social media interaction with the community and citizens.

Part 3 of this roundtable will run on Monday